This site uses cookies. By continuing to use this site you consent to our use of cookies. more info | ok
british special forces » news » new task group deploys to med
▼ share this page

A newly-formed British maritime unit, the Special Purpose Task Group (SPTG) has been deployed on operations in the Mediterranean.

The SPTG was discreetly established in December 2015 but its existence was only publicly revealed this past week when defence analysts IHS Jane's reported on a Royal Marines briefing document they had seen. [1] According to the document, the unit left Marchwood military port in Southhampton aboard Royal Fleet Axillary Bay-class landing platform RFA Mounts Bay in January on "contingency operations in the Mediterranean." 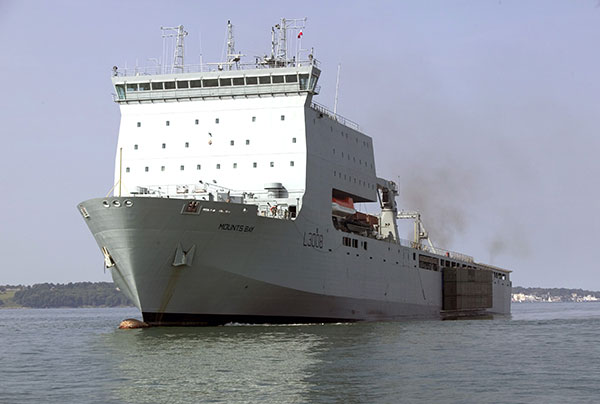 On March 7th, The Ministry of Defence (MOD) announced that RFA Mounts Bay was patrolling the Aegean Sea, along with 3 border force cutters on NATO operations related to the influx of migrants being smuggled into Greece. [2] While mention was made of RFA Bay's Wildcat helicopter, there was no mention of the SPTG.

The SPTG has since transferred to RFA Fort Victoria after Mounts Bay went into Gibraltar dock for routine maintenance. The Fort Victoria's 2 Merlin helicopters will support the SPTG mission, 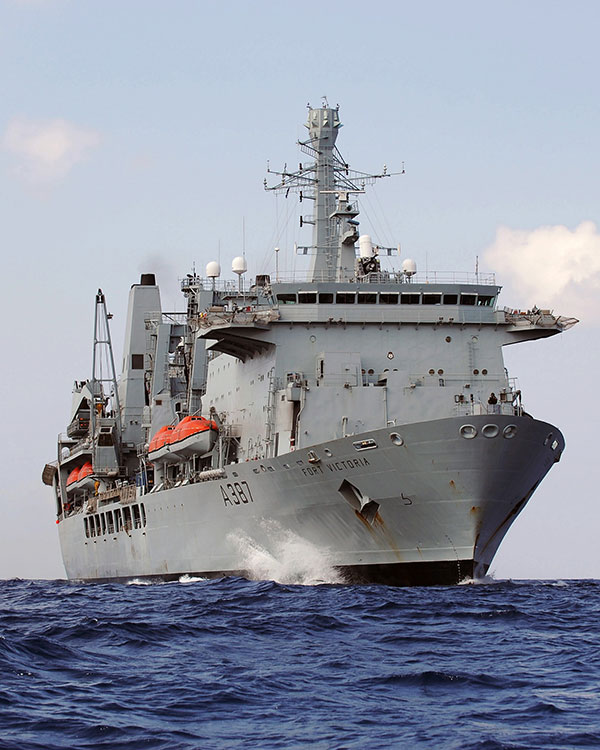 While the official line is that the SPTG is carrying out counter-trafficking operations, the tabloid press have reported that the unit is in place in order to respond to a terror attack in the region. The Mirror, for example, claims that the SPTG may be called on to provide support to a Special Forces (SAS) team that has been forward deployed to Cyprus. [3] It is speculated that the task group would serve a similar role to the Special Forces Support Group i.e. providing a security cordon around a Special Forces operation ashore.

It also reports that since initial deployment, the SPTG has taken part in training operations, including ship boarding exercises.

Tabloid reports of any UKSF deployment to the region are probably baseless speculation. The effectiveness of a counter terrorist unit based out of Cyprus responding to an incident somewhere in the Med region is highly questionable. Putting aside political constraints on military operations on foreign soil, it is probable that an attack such as the one carried out against British tourists in Tunisia would be over before any UK response could arrive on the scene.

It would seem more likely then that the SPTG has been deployed on a contingency basis to provide the UK, and the NATO counter-trafficking mission, with an amphibious capability.

"The Special Purpose Task Group is designed to organise an agile force of Royal Marine commandos and equipment into one ship for a range of military operations in support of UK interests."

Looking at its configuration - which aside from a company of Royal Marines Commandos, includes reconnaissance, artillery, engineers and logistic specialists - it is clear that the SPTG has the capability to put a significant force of troops ashore, if needed.

Amphibious landings may be launched to support humanitarian operations, in the case of a worsening refugee crisis. They could also be used to evacuate UK citizens from trouble spots, including those under increased threat from terror attacks.

They may also be used in an effort to attack the source of the problem. People traffickers in Libya have exploited to the post-Gadaffi chaos there, using the country as a launching point and sending large numbers of migrants to Europe from the Libyan coast. If Libya's newly-appointed unity government gives the go ahead, NATO forces may be able to interdict these operations at the source. This may even include sending troops ashore on raids against the smuggler's ports and other infrastructure. 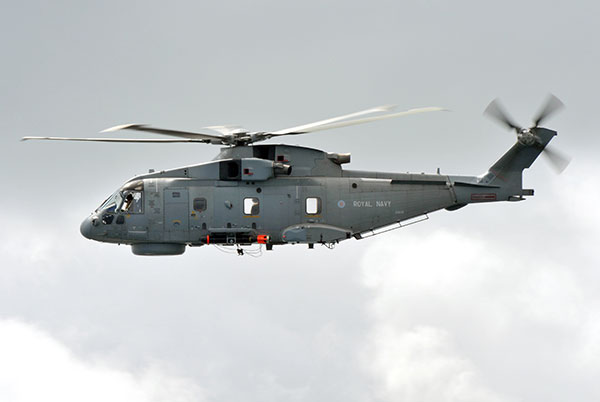 Another group who have taken advantage of the deteriorating situation in Libya are ISIS. The Islamist militant organisation have gained a significant foothold in the country. It has been reported that British Special Forces have been operating in the North African country for some time. They are said to be working alongside anti-ISIS forces and preparing the way for possible UK involvement in a mooted large-scale Italian-led intervention. Depending on how things develop in Libya, the SPTG may well find its mission evolve to providing support to such a mission. 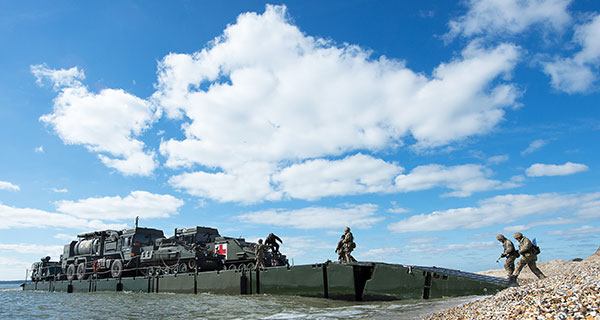 Troops from 52 (Port) Squadron from 17 Port and Maritime Regiment RLC man a Mexeflote barge. These are powered landing rafts used to bring vehicles and stores ashore when a pier is not available at a location. Mexeflotes can be configured as a raft, floating pontoon or causeway between boat and shore. The regiment also operates a number of small boats, including rigid raiders and combat support boats. Bay-class vessels, such as RFA Mounts Bay, can carry 2 such mexeflotes. RFA Victoria, the current base of the Special Purpose Task Group does not support Mexeflotes.
Image by Cpl Jamie Peters RLC / Crown Copyright 2015 used under open government licence