This site uses cookies. By continuing to use this site you consent to our use of cookies. more info | ok
british special forces » gear » boats » lcvp
▼ share this page

The LCVP is a landing craft used by Royal Marines Assault Squadrons, such as 539 Assault Squadron, and the Royal Logistics Corps. The craft's primary role is putting ashore men and equipment. The Royal Marines also use the LCVP as a patrol boat. Up to 35 fully-laden Royal Marines and their equipment such as Land Rovers can be carried and embarked by the Mk5 LCVP. The landing craft are usually stored on davits on amphibious assault vessels such as HMS Ocean, HMS Albion and HMS Bulwark.

LCVPs feature aluminium hulls and are powered by twin waterjets. Their design includes a rigid and enclosed windowed canopy. LCVPs have a ramp at the bow that lowers for rapid unloading. GPMGs can be mounted when needed.

LCVPs Mk5s are operated by a crew of 3.

During Operation Telic, the UK's invasion of Iraq in 2003, Royal Marines patrolled the waterways and marshes of the South in LCVPs (amongst other vessels). A tragic friendly-fire incident occurred when a LCVP operating along the Khawr Az Zubayr River, North of Umm Qasr, was mistaken for an Iraqi patrol boat and engaged by a 42 Commando Milan post, killing one Marine. 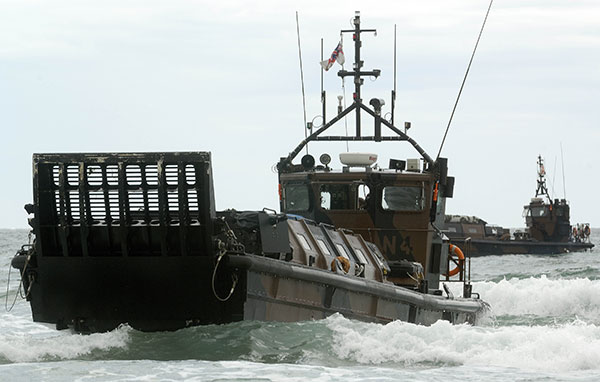 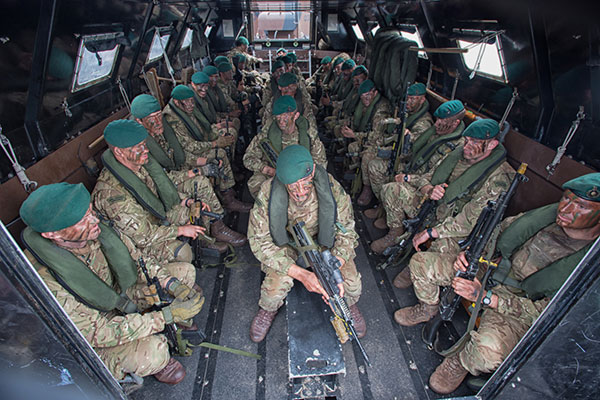