This site uses cookies. By continuing to use this site you consent to our use of cookies. more info | ok
british special forces » royal marines » 3 commando brigade » 539 assault squadron
▼ share this page

539 Assault Squadron Royal Marines (539 ASRM) provide 3 Commando Brigade (3 Cdo Bde) with an amphibious capability. The unit specialises in small boat operations. Their role is to deliver Royal Marine raidng parties onto land from water and to carry out patrols on the sea and along waterways. 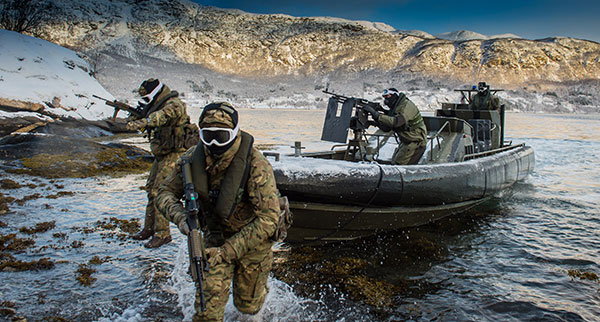 539 ASRM are based at RM Tamar in Devonport Naval Base.

The unit is organised into a number of Troops: 1 Troop (LCVP, LCAC,IRC), 2 Raiding Troop (ORC, IRC), 3 Troop (RIB) and a Support Troop of Royal Navy Engineers. 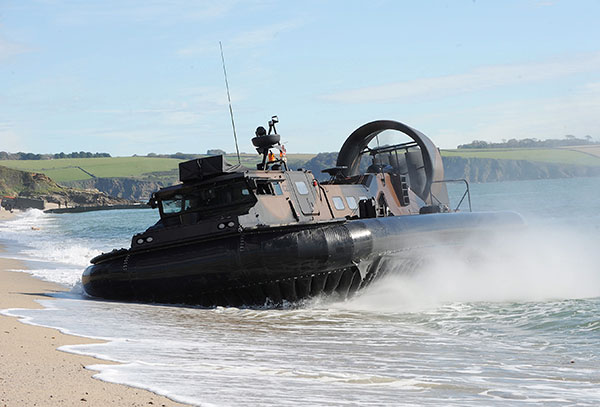 Other 539 ASRM elements include:

539 ASRM's Squadron Recce Teams / Shore Recce Teams are six-man teams that carry out beach reconnaissance ahead of an amphibious landing by 3 Commando Brigade.

While overall control of ASGRM is with 539 ASRM, Viking Squadron is actually a sub unit of Commando Logistics Regiment. The unit operates out of Bovington Garrison in Dorset.

539 ASRM was officially formed in 1984 in response to lessons learned by Royal Marines rigid raider operations during the 1982 Falklands conflict. During that conflict, a fledgling 539 Squadron, formed ad hoc, inserted and extracted Special Forces recce and raiding parties onto the islands.

More recent operations include Operation Telic in 2003. 539 ASRM supported 3 Cdo Bde as they took the Al Faw Penninsula, carrying out numerous operations such as several landings and the clearing of various waterways. As Op Telic progressed, 539 ASRM continued to perform security patrols of Iraq's southern ports and water networks.

Elements of 539 ASRM took part in security operations on the Thames during the 2012 London Olympics.