This site uses cookies. By continuing to use this site you consent to our use of cookies. more info | ok
british special forces » weapons » milan
▼ share this page

The Milan is a wire-guided anti-tank missile system, which has seen action with UK forces in the Falklands conflict, Desert Storm, Afghanistan and the invasion of Iraq in 2003.

Milans are man-portable, and served by a crew of 2. The system can also be mounted to vehicles, such as WMIK Land Rovers.

Guidance of the Milan missile is achieved by the operator locking his sight onto the target. The missile pays out a thin command wire behind it as it goes, through which flight adjustments are sent from the Milan firing station. The Milan can engage targets between 400 and 2000 meters.

The Milan comes with a thermal imaging sight, the MIRA, which was used by SAS Land Rover columns to scout out large swatches of desert during Desert Storm.

The Milan was designed to take on armoured targets but it is also highly effective when fired at fixed positions. During the Falklands conflict, Royal Marines successfully employed the Milan against Argentine bunkers, foxholes and machine gun nests.

The Special Air Service mounted the Milan to the roll bars of their 110 Land Rovers during Desert Storm operations. Milans were fired at SCUD launchers and at bunkers protecting communications installations.

Within the British Military, the Milan is in the process of being replaced by the Javelin system. 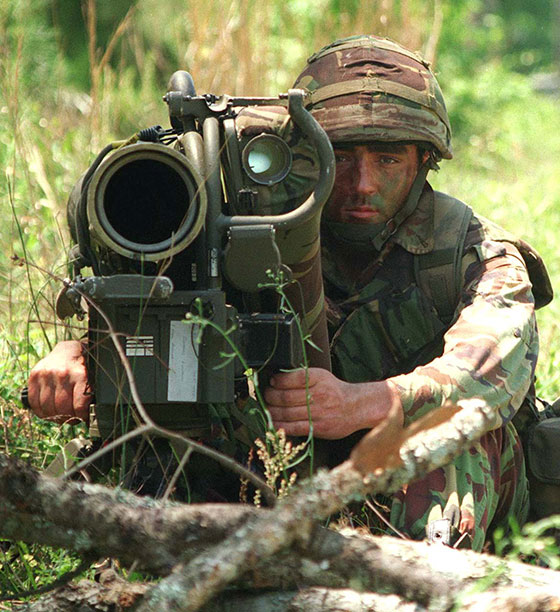