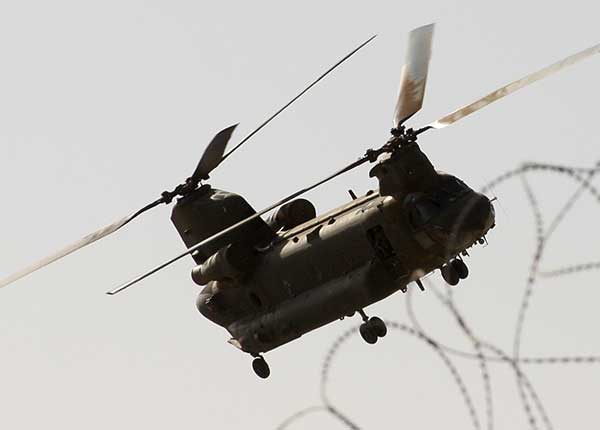 <<<22 of 56>>>^ gallery
A RAF Chinook helicopter comes into land at the British Forward Operating Base (FOB) at Sangin, Afghanistan, 2008. With most land routes being made extremely hazardous due the prevalence of the enemy, mines and IEDs the Chinook is often the only way to move men and supplies between the various bases throughout Helmand Province.
U.S. Marine Corps photo By Lance Cpl. Gene Allen Ainsworth III/Released
« back to military helicopters gallery
advertisements
CONNECT
NEW PHOTOS