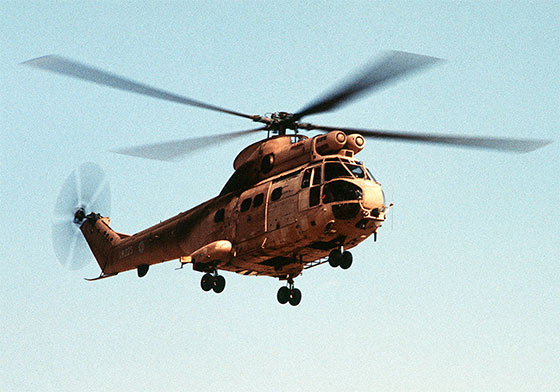 <<<32 of 56>>>^ gallery
A RAF Puma HC1 painted in desert colours. Whilst UKSF are often supported by specialized flights of the RAF/Army Air Corps and Navy, sometimes they are flown by other units. It is believed that RAF Pumas have been supporting SAS 'Task Force Black' in Iraq. In April 2007, two Pumas from No 230 Squadron, RAF, collided north of Baghdad during a covert operation in support of the SAS. Pumas assigned to SAS support reportedly carry extra communications gear to enable them to carry out their missions. Defensive countermeasures such as radio/infrared jammers and decoy flare launchers help protect against incoming missiles. Pumas can also be fitted with GPMGs on pintle-mounts at the cabin doorways to provide covering fire.
photo credit : US DoD
« back to military helicopters gallery
advertisements
PASS SELECTION