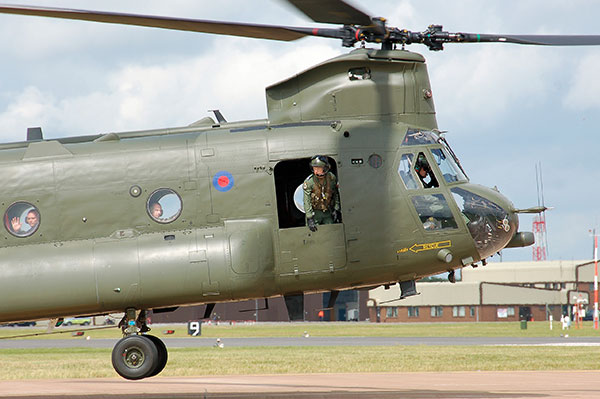 <<<26 of 56>>>^ gallery
A RAF Chinook HC2 helicopter flying at an air show. Note the round windows found along the helicopter's fuselage. These are usually kept closed. During 2000's Operation Barras, SAS/SBS operators removed the windows that were fitted to the 7 Squadron Chinooks they were in so they could shoot from inside the helicopter as it flew over the rebel base, thereby adding their firepower to the 2 M136 miniguns mounted in the firing ports behind the cockpit, operated by RAF aircrew.
Photographed by Adrian Pingstone in July 2009 and placed in the public domain. (used with thanks)
« back to military helicopters gallery
advertisements
PASS SELECTION