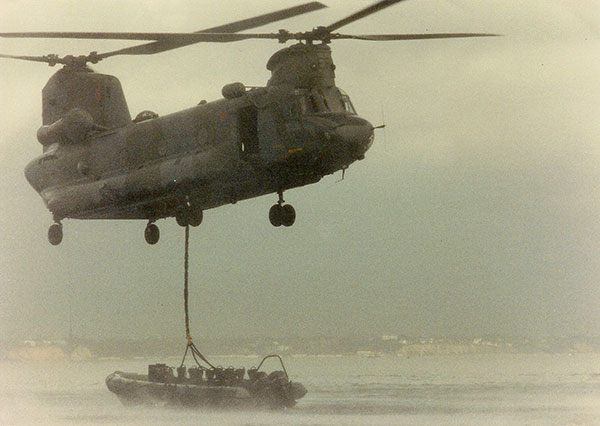 <<<25 of 56>>>^ gallery
A RAF Chinook HC2 helicopter, likely operated by 7 Squadron (Special Forces), preparing to lift a Arctic 28 RIB (Rigid Inflatable Boat) out of the water. The Arctic 28 RIB is used by the Special Boat Service for Maritime Counter Terrorism operations. Actic 28s were used by SBS/SAS boarding teams during the December 2001 intercept of the MV Nisha, a cargo ship suspected of carrying terrorists and/or WMDs that was approaching the UK coast.
photo from wikimedia commons by user Zatoichi1564 | public domain | used with thanks
« back to military helicopters gallery
advertisements
PASS SELECTION