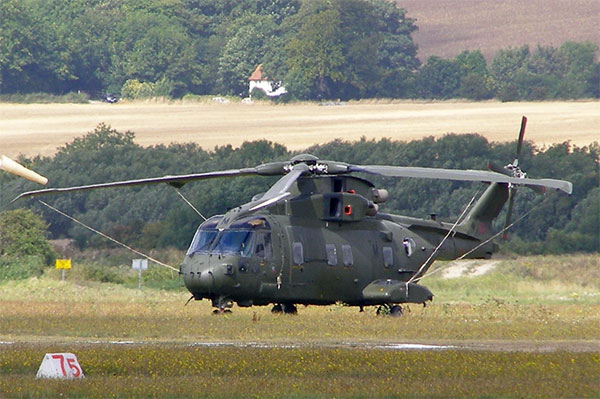 <<<47 of 56>>>^ gallery
A Merlin HC3 of 28 Squadron (AC) RAF. E Flight of 28 Squadron, in conjunction with the Ground Extraction Force, a unit made up of RAF Regiment troops, carry out Combat Search and Rescue (CSAR) for downed RAF pilots.

In 2007 the MoD procured a number of Merlins from the Danish military, converting them to HC3a standard. In December 07 78 Squadron RAF was reformed at RAF Benson, the home of 28 Sqn. At least one Flight within 78 Squadron is believed to be dedicated to special operations.
photo by MilborneOne, used with thanks under licence
« back to military helicopters gallery
advertisements
CONNECT
NEW PHOTOS