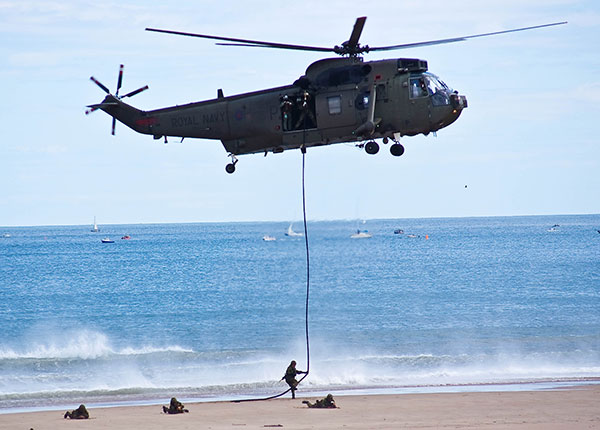 <<<14 of 56>>>^ gallery
Royal Marines Commandos fast-rope from a Sea King HC.4 of the Commando Helicopter Force (CHF). Along with Lynx AH7s, the Sea Kings of the CHF provide airlift for 3 Commando Brigade. Fast-roping was developed by the SBS as a method of storming ships at sea from the air. Fast-ropers wear anti-friction gloves that allow them to slide rapidly down the rope onto the ground/deck. Unlike rapelling / abseiling, fast-roping does not require one to have a stable surface on which to land and unclip from the rope.
photo by : Boldonian | used with thanks under licence
« back to military helicopters gallery
PASS SELECTION