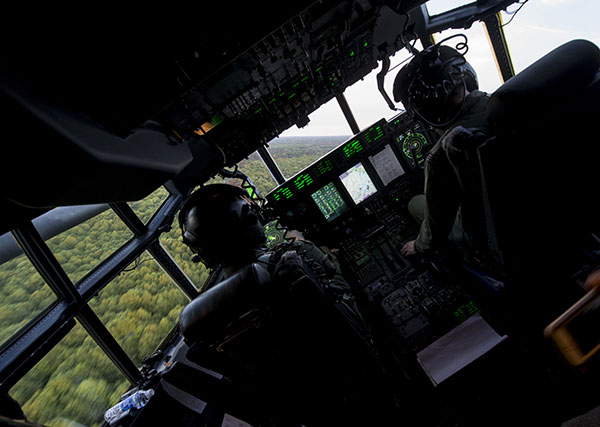 Members of 47 Squadron Royal Air Force (47 Sqn RAF) fly a C-130J Hercules aircraft at low level over the Florida countryside during Exercise Emerald Warrior 2015. Emerald Warrior is an annual exercise that tests the interoperability between the special operations forces (SOF) from multiple countries.