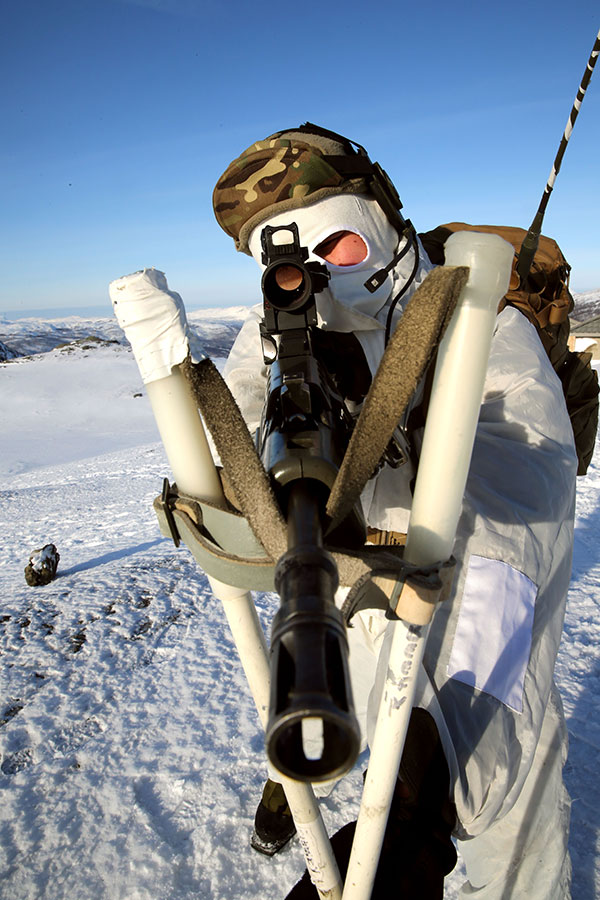 A Gunner from 8 (Alma) Battery, 29 Commando Regiment Royal Artillery, uses his ski poles as a support for his SA80a2 rifle during a training exercise in Norway, 2014.

29 Commando Fire Support Teams (FST) deploy to the frontline in order to support other 3 Commando Brigade elements by calling in indirect fire from the battery's' 105mm light guns. They can also call in fire from mortars, fast jets and attack helicopters such as the Apache AH1.