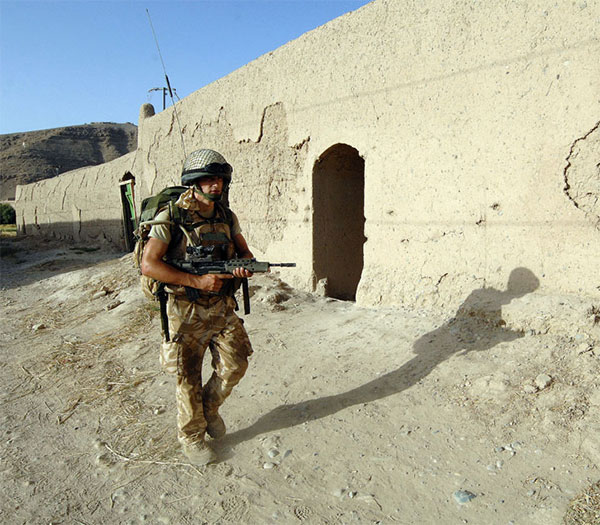 <<<27 of 37>>>^ gallery+ enlarge
A soldier with X Company, the 2nd Battalion, the Parachute Regiment (2 PARA) on a patrol near the Kajaki Dam, Helmand Province, Afghanistan, June 2008. The Kajaki Dam is of major strategic importance to ISAF efforts to bring stability and security to Hemand. Later, in October 2008, elements from 2 PARA took part in a successful operation to deliver a turbine to the electical generating facility at Kajaki.
ISAF photo by Staff Sgt. Jeffrey Duran, U.S. Army