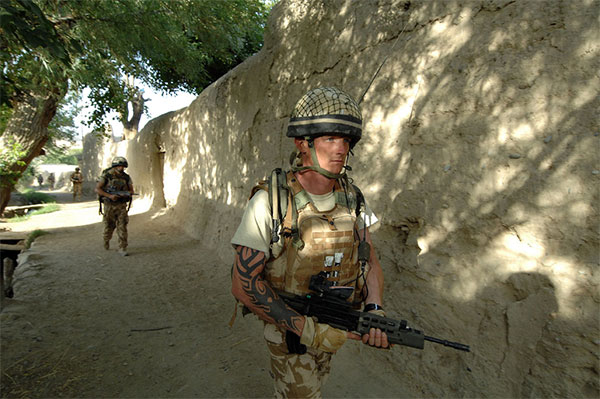 <<<30 of 37>>>^ gallery+ enlarge
Paras of X Company, 2 PARA (the 2nd Battalion, the Parachute Regiment) on a foot patrol in the area around the Kajaki dam, Helmand Province, Afghanistan, 2008. The area around the dam is the scene of frequent Taliban activity and the venue for many ISAF operations.
ISAF photo by Staff Sgt. Jeffrey Duran, U.S. Army