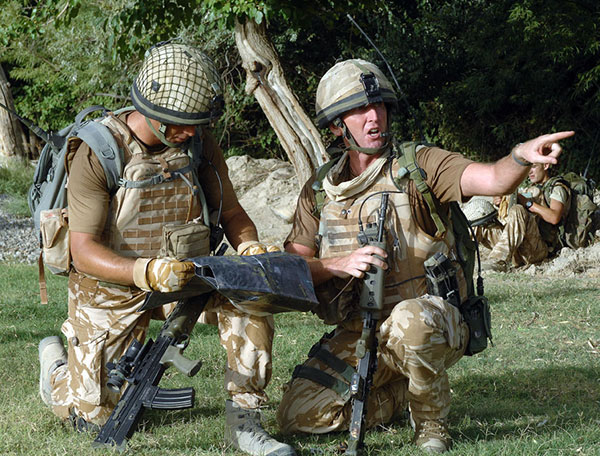 <<<29 of 37>>>^ gallery+ enlarge
The Major in command of X Company, 2 PARA (the 2nd Battalion, the Parachute Regiment) (left) and a member of a British Army Operational Mentoring Liaison Team examine a satellite image map during an operation around the area of the Kajaki Dam, Helmand Province, Afghanistan, June 2008.
ISAF photo by Staff Sgt. Jeffrey Duran, U.S. Army