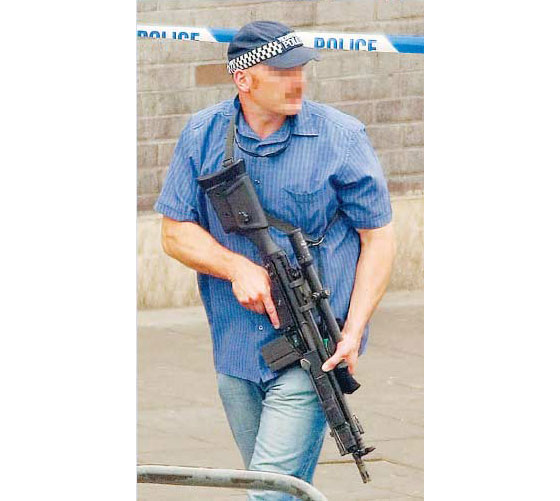 <<<4 of 11>>>^ gallery
Photo of a UK armed police officer (most likely from CO19, but possible from S013, Special Branch anti-terrorist unit)), at the scene of the Stockwell shootings, July 2005. The officer is armed with a G3K rifle, fitted with Schmidt & Bender Flashdot sniper scope, folding bipod and a buttstock from a PSG-1 sniper rifle. The unusual configuration of the rifle has led some to speculate that it is being weilded by a Special Forces soldier, such as a SAS trooper, rather than a Policeman. Further research reveals that C019 have been pictured using identical weapons in other operations, such as a siege in Hackney, 2003 (see photo link below).

« back to elite police gallery