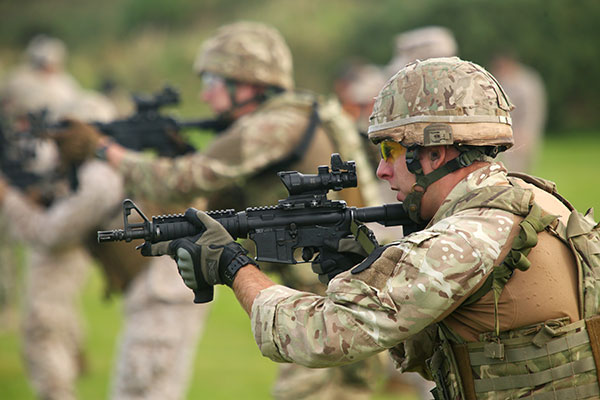 This photo is a rare glimpse of the L119a1 in use with 43 Commando. The weapon, which is manufactured by Colt Canada, was initially purchased for the Special Forces i.e. 22 SAS and the SBS. It has also been used by 16 Air Assault Brigade's Pathfinder Platoon. The Royal Military Police's Close Protection Unit also employ the L119A1, typically configured with a 10 inch barrel - the same setup as being wielded by the Royal Marine shown above. This Royal Marine's L119A1 is fitted with a Trijicon Advanced Combat Optical Gunsight (ACOG) augmented with with a microdot reflex sight for close quarters engagements.