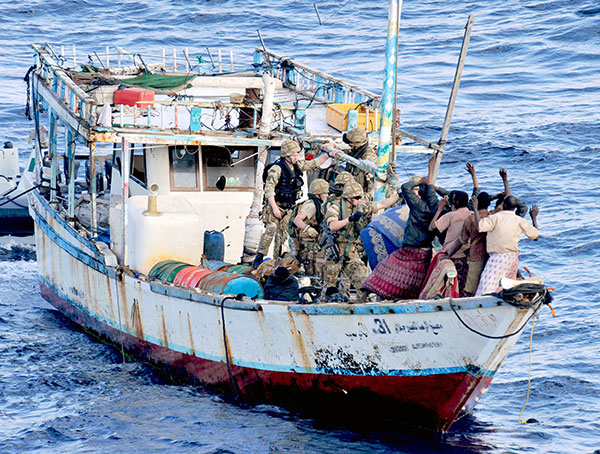 The FSRS was formed in 2011. The Squadron is on a 5-day notice to move alert posture, ready to carry out a range of tasks such as maritime security, riot control, non-combat evacuation and humanitarian support. Royal Marines from the FSRS took over counter-piracy duties in the Gulf Of Aden from the Fleet Protection Group (now 43 Cdo FP Gp RM) at the end of 2011.