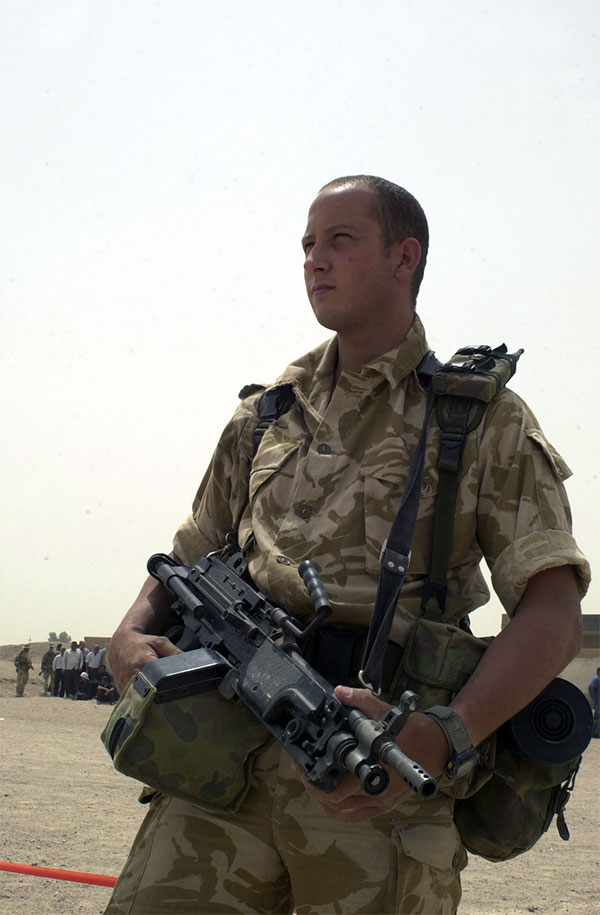 <<<62 of 89>>>^ gallery+ enlarge
A Royal Marine with 42 Commando stands watch infront of a small school being used as the staging point for the returning Iraqi Southern Oil Company (SOC) workers south of Basrah, Iraq on April 16, 2003. 42 Commando, 40 Commando and elements of 45 Commando, as part of 3 Commando Brigade, were core components of the British push into southern Iraq. They secured oil facilities, ports and towns throughout the Al Faw Peninsula.