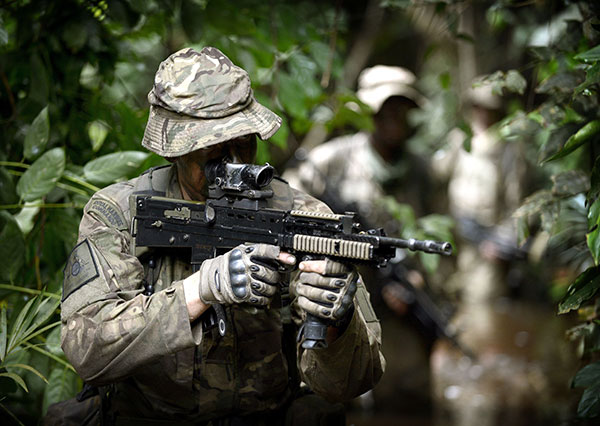 Royal Marines with Whiskey Company (W Coy) 45 Commando move through the jungle during training in Ghana. Even though 45 Commando traditonally have specialised in cold weather warfare, they also train in other environments. When operating as the Lead Commando Group in the Response Force Task Group (RFTG), the UK's very high readiness maritime Force, 45 Commando may be called on to rapidly deploy to trouble spots around the world.