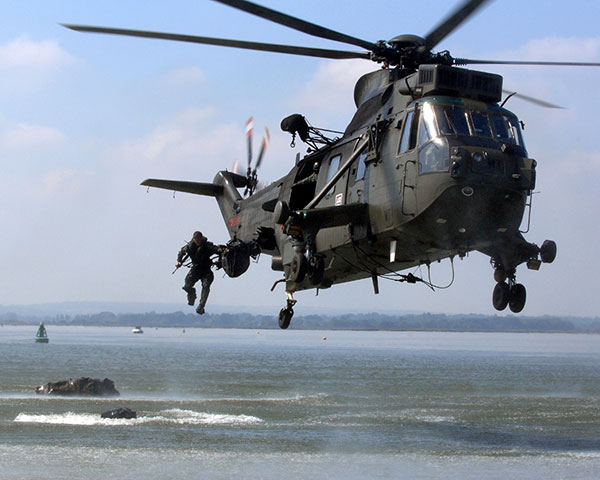 <<<70 of 89>>>^ gallery+ enlarge
A Royal Marine from Poole jumps into the sea (helocasting) from a Commando Helicopter Force (CHF) Sea King Mk 4 helicopter. Royal Marines recce units such as 539 ASRM's Squadron Reconnaissance Team, in addition to special forces such as the SBS, are trained in a variety of amphibious inflitration techniques including 'helocasting', as shown here.