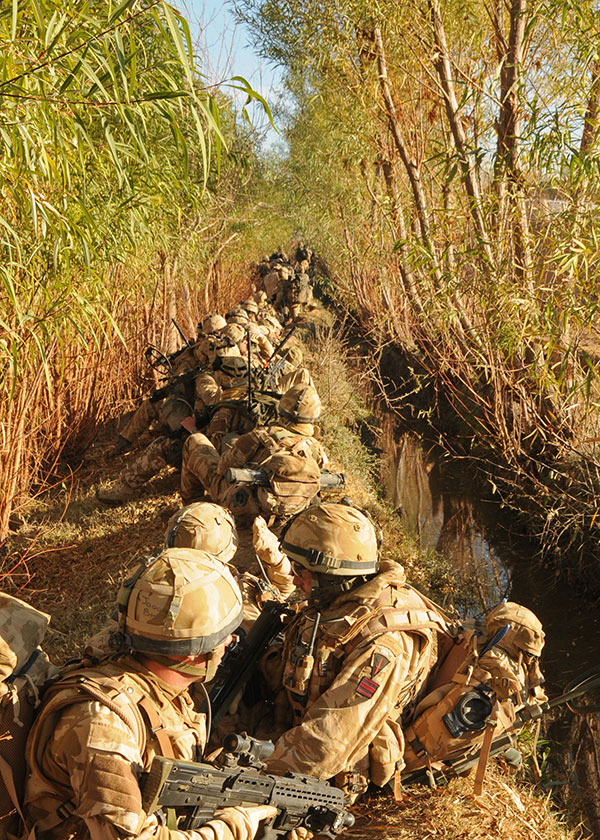 <<<28 of 44>>>^ gallery
Troops from 3 Commando Brigade, including Royal Marines from 42 Commando and Royal Engineers from 24 Commando Regiment, take a rest amongst the foliage during Operation Sond Chara (Red Dagger), Afghanistan, late 2008. Note the 24 Commando insignia on the commando, front-right. In an operation such as this, the Royal Engineer commandos will use explosives to blow entry holes into compounds.
US DoD photo : Cpl. John Rafoss
« back to operation sond chara gallery
advertisements
PASS ROYAL MARINES SELECTION