This site uses cookies. By continuing to use this site you consent to our use of cookies. more info | ok
british special forces » royal marines » 3 commando brigade » 24 commando regiment
▼ share this page

Formed in 2008, the British Army's 24 Commando Regiment Royal Engineers form a key part of 3 Commando Brigade. Their main role is to provide combat engineering support to the brigade. This includes the construction or destruction of fortifications, bridges and roads, the laying and clearing of mines and neutralizing IEDs. The Sappers of 24 CDO REGT RE go through full commando training, including the All Arms Commando Course, and can be drawn on to perform the traditional infantry role.

The Regiment, manned by around 543 Officers and Soldiers consists of 2 squadrons

The newly-formed regiment takes over the roles previously fulfilled by 59 Independent Commando Squadron Royal Engineers, the ranks of which formed the core of 24 Commando.

Following a preparation course, 24 CDO REGT personnel undergo the All Arms Commando Course, on successfully completion of which they are able to wear the coveted green beret 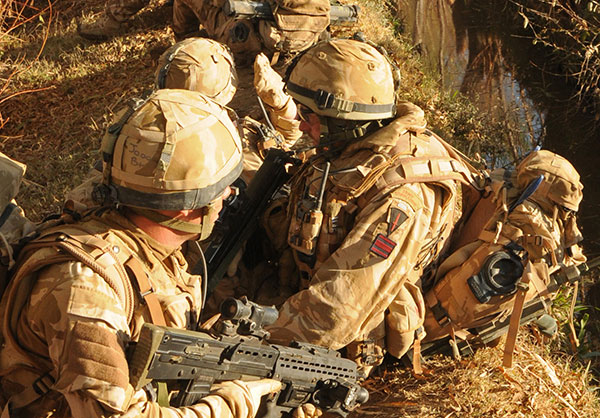