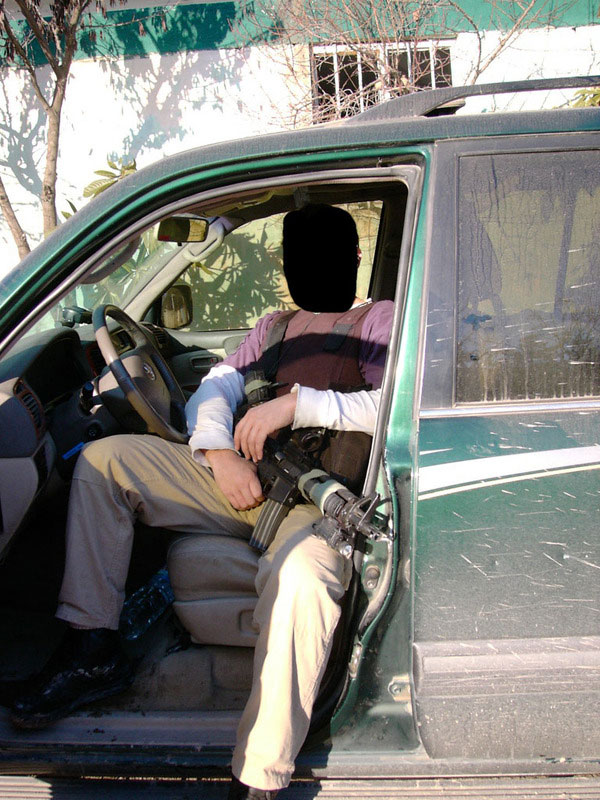 <<<15 of 48>>>^ gallery
An SAS soldier, undercover in civilian clothing, poses for a photo behind the wheel of a SUV in Iraq. During several Task Force Black operations against insurgents in Baghdad, the SAS mingled in with local traffic in order to get close to their targets. The SAS has now redeployed from Iraq to take on the Taliban in Afghanistan.