This site uses cookies. By continuing to use this site you consent to our use of cookies. more info | ok
british special forces » news » sas-trained commandos kill 50 rebels
▼ share this page

The Mirror reports on a succesful mision by SAS-trained Afghan special forces against rebels in Afghanistan. The operation was launched against a camp in the Sar Rawza district of Paktika Province in the south-east of the country. The camp was being used by the Haqqani network, a Taliban-linked group, and was one of the main staging areas for foreign fighters arriving in Afghanistan from Chechnya, Uzbekistan, Pakistan and Arab countries. Up to 50 rebels were reportedly killed in the attack, one of the biggest such raid by the Afghan commandos. 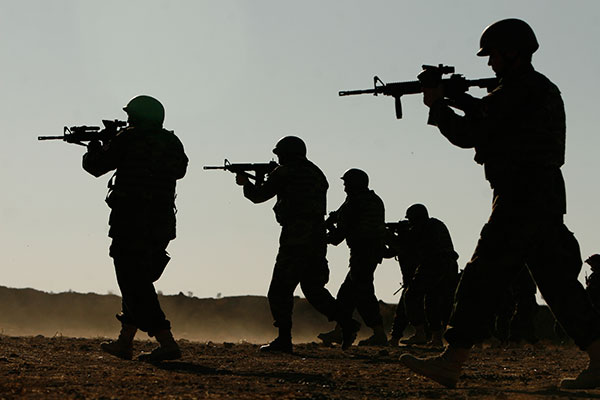 Afghan special forces pictured during training. It has been reported that the SAS has trained 6-man 'tiger teams' of Afghai special forces which are then led by SAS mentors on operations in Helmand Province.