This site uses cookies. By continuing to use this site you consent to our use of cookies. more info | ok
british special forces » news » sbs to deploy to med
▼ share this page

SBS To Deploy Against People Smugglers?

The Special Boat Service (SBS) is to be deployed to counter people smuggling operations in the Mediterranean, a UK newspaper has reported.[1]

The Daily Star claims that the SBS will join other Royal Navy elements operating in the region. The Royal Navy is part of an international effort to respond to the people trafficking crisis. Special Forces from France and Italy will also be carrying out operations against the smuggling networks which try to illegally move - sometimes with deadly results - thousands of people across the Med to Southern Europe.

It is said that the SBS's role is said to include taking smugglers into custody, by force if necessary. Another role may include carrying out covert attacks against the smuggler's vessels while they are moored at the coast. The paper speculates that Z Squadron, the SBS element that specialises in underwater attacks, may infiltrate to their targets using minisubs. Once at the target ship, the SBS divers will attach magnetic mines or other explosive devices to its hull before withdrawing undetected.

update: a later report by the Daily Mail reveals that the SBS are likely to be deployed in Torpedo SEAL 2-man minisubs ;aunched from an Astute class submarine.[2] 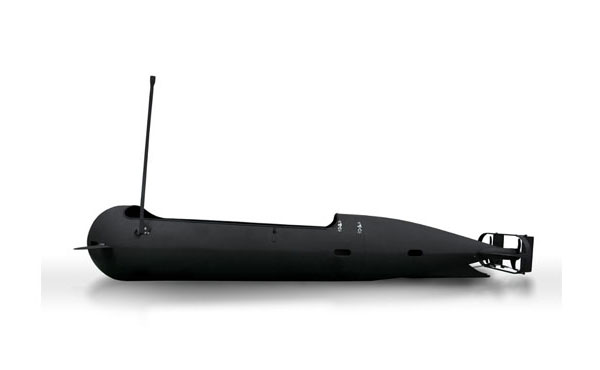 Z Squadron employ minisubs, like the Torped SEAL pictured here. These electrically-powered swimmer delivery vehicles allow frogmen to clandestinely approach targets at sea and along coastlines. the Torpedo SEAL is carried in the torpedo tube of an Astute class submarine. It can carry 2 SBS divers and may be used on underwater sabotage missions such as placing demolition charges on the hulls of moored boats.
photo: James Fisher Defence 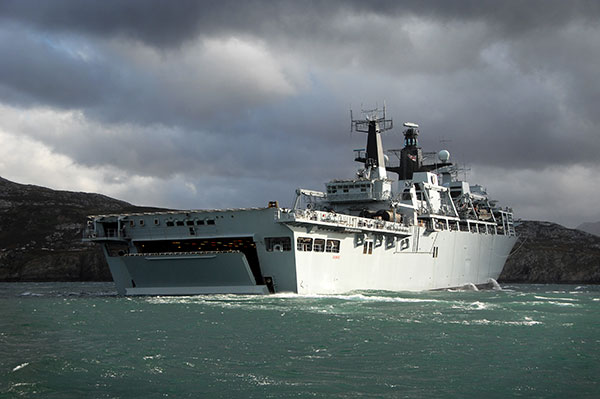 The SBS contingent are said to be joining up with HMS Bulwark - pictured here from astern - which will also be deployed to the Med. She can carry 2 helicopters and can launch high speed RIB patrol boats to support search and rescue and counter-smuggling operations. Bulwark can also accommodate and put ashore hundreds of Royal Marines Commandos. 4 Assault Squadron, Royal Marines (4 ASRM) and their fleet of landing craft operate from the ship, Britain is also sending 2 UK Border Force cutters and 3 Merlin MK2 helicopters to the region.
MOD photo by LA (Phot) Simon Ethell | © Crown copyright 2009 | used under open government licence