This site uses cookies. By continuing to use this site you consent to our use of cookies. more info | ok
british special forces » news » srr to protect homecoming parades
▼ share this page

Members of the elite army undercover unit, the Special Reconnaissance Regiment (SRR) will be called in to help police military parades in the UK, it has been reported.[1]

Parades by troops returning from deployment in Afghanistan have, occasionally, been marred by protests by Islamic extremists. With tensions high following the murder of a soldier in Woolwich last week, it is feared that the upcoming homecoming marches may be attract extremists, not just from Islamic groups but also from the the English Defence League and the British National Party.

An increased Police presence is planned for the parades, with both regular Police and Military Police units deployed. Undercover special forces soldiers with the SRR have previously worked with UK police on security operations such as the 2012 Olympics.[2] The men and women of the SRR are trained to blend in with a crowd and follow suspects without being noticed. 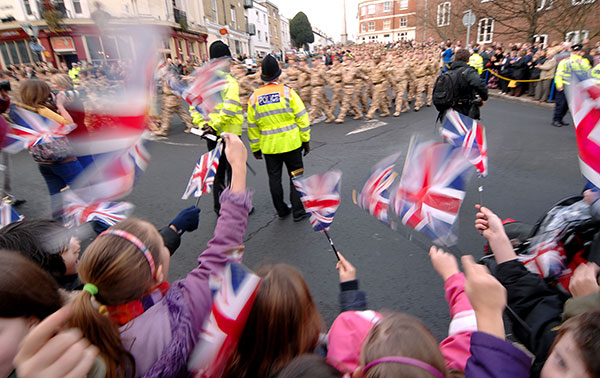