This site uses cookies. By continuing to use this site you consent to our use of cookies. more info | ok
british special forces » gear » vehicles » land rover
▼ share this page

The Land Rover has been around since the late 1940s and there are up to 12,000 currently in service, in a variety of variants. It has been a popular utility vehicle that has off-road capability thanks to its 4-wheel drive.

The more common variants used by UKSF and other elite UK forces are the Defender / Wolf and the Snatch / Vixen. 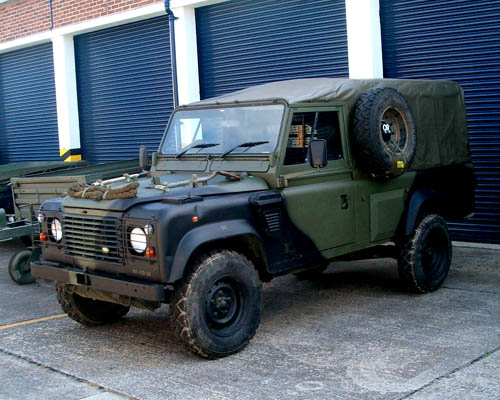 The Wolf shares the same chassis, body panels and rails as the civilian Defenders on which they are based. The military versions come with a new subframe, better-protected fuel tanks, new axles and various reinforcements enabling additional weight.

Both the Royal Marines and Parachute Regiment use XD-110/90s to transport men and supplies. Land Rovers can tow light howitzers and trailers stacked with supplies behind them. 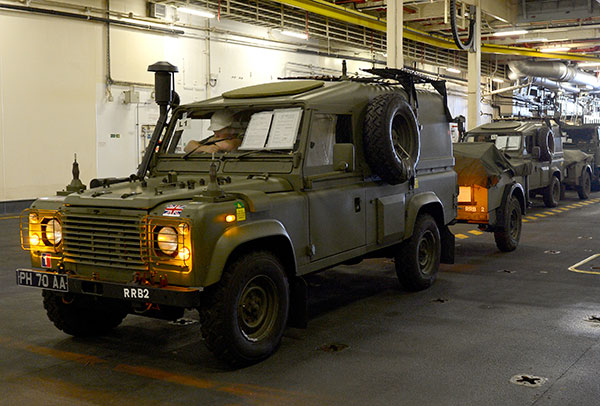 The Wolf TUM is the basis for the Weapons Mount Installation Kit (WMIK), an armed reconnaissance and fire support vehicle. 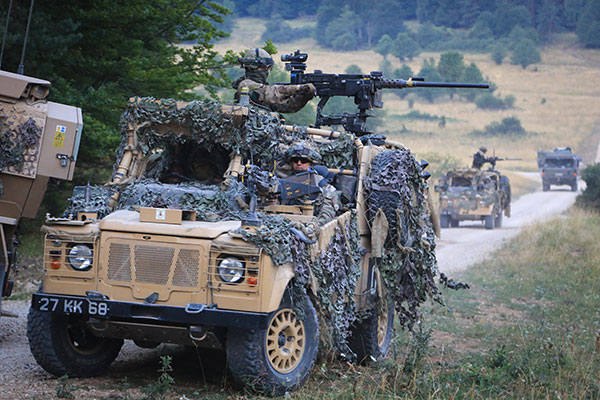 The SAS is famous for adapting various models of Land Rover for long range desert patrols and strike vehicles. SAS Desert Patrol Vehicles (DPV) were festooned with an array of weaponry and driven into the Iraqi desert during Operation Desert Storm. Armed Land Rovers were also used by SAS and SBS formations during the opening stages of the 2003 Iraq War.

SBS Land Rover at the scene of an uprising of captured Taliban in Afghanistan, 2001

It is now beleived that the Regiment has largely replaced their 110s with Supacat HMT 400s, an armoured all-terrain vehicle that was the precursor to the Jackal.

The SBS was spotted driving white XD 110 Land Rovers around Northern Afghanistan in late 2001. An SBS unit was acting as a quick reaction force (QRF) for the region around the city of Mazar-i-Sharif. Their Land Rovers were painted white to better blend in with civilian traffic. 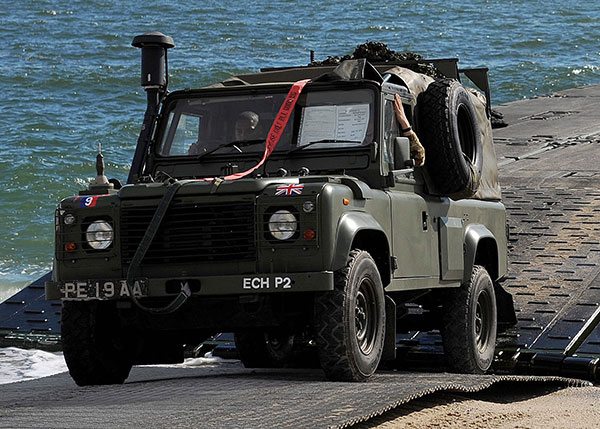 A Royal Marines waterproofed Land Rover Wolf drives off a mexiflote floating bridge. Note the snorkel fitted to the Land Rover. This device attaches to the vehicles air intake, raising the intake point. This allows the Land Rover to wade through water. It also reduces the intake of dust coming off the ground. The vehicle's 24 volt elelectronics system is sealed in waterproof compartments and there is an escape hatch in the cabin roof. These modified Land Rovers are designed to wade through salt/fresh water up to 1.5 metres deep.
Image by LA(PHOT) Joel Rouse © UK MOD / Crown Copyright 2012 used under open government licence 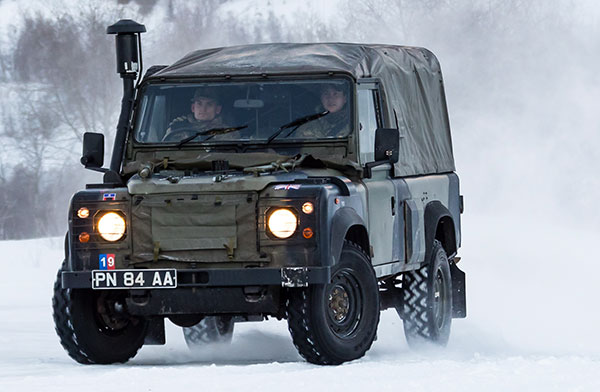 A winterised Land Rover Truck Utility Medium being driven in Norway by members of the Commando Helicopter Force. Winterisation includes additional heating for the rear compartment and a fuel heater. These Land Rovers can operate at minus 46°C.
Image by PO(Phot) Si Ethell © UK MOD / Crown Copyright 2017 used under open government licence 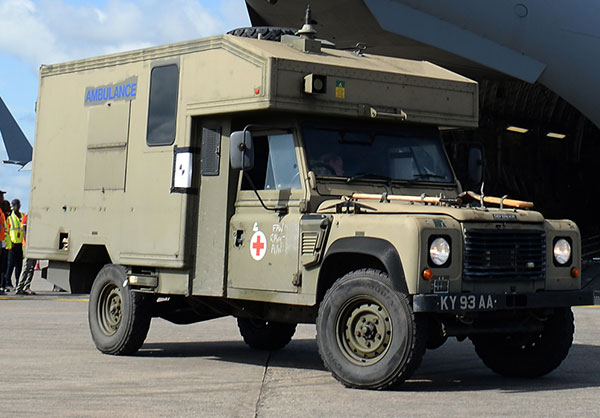 Snatch Land Rovers were originally developed for use in Northern Ireland, first being deployed in 1992. They got their name from their use by security 'snatch squads' during arrests.

The Snatch was based on Land Rover XD 110, with an enclosed rear area for the transport of troops and prisoners. The vehicle was fitted with armour, intended to provide protection against small arms fire, although in reality this proved lacking.

The Snatches were deployed to Iraq and Afghanistan where they were used for patrolling, and troop and prisoner transports. Despite their armour, and electronic countermeasures specifically designed to deal with the threat, they were still vulnerable to road-side bombs.

The most recent variant of the Snatch was the Snatch Vixen. Their design was based around a 4.0 tonne GVW Ricardo Land Rover XD 110 chassis which had been fortified with composite armour. The Vixen upgrades featured an automatic gearbox, a reinforced chassis and a completely rehauled suspension system. Extra protection came in the form of a belly-plate beneath the front seats. 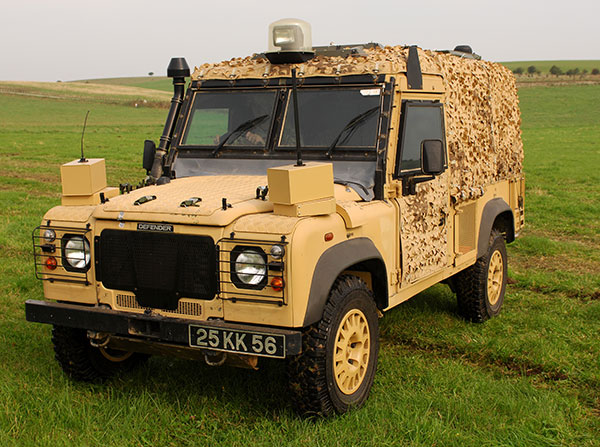 Despite the Vixen's improvements, after several losses in Afghanistan, the Snatch was withdrawn from service, replaced by the Ocelot, Vector and Mastiff.