This site uses cookies. By continuing to use this site you consent to our use of cookies. more info | ok
british special forces » gear » vehicles » land rover wmik
▼ share this page

The Land Rover has been in service with the UK Military for decades, usually used for transport and of men and supplies, either onboard or towed behind.

The SAS pioneered the use of the Land Rover as a mobile weapons platform. The SAS had used jeeps to shoot up German aircraft parked on remote desert airstrips during World War 2. Post War, they eventually graduated to the new Land Rovers. Mobility Troop perfected the art of adapting the utility vehicles into long range patrol and attack vehicles. The concept was proved in 1991 when the SAS drove several heavily-armed Land Rover columns behind Iraq lines during operation desert storm.

In 1999 Ricardo Vehicle Engineering, under contract to the MoD, produced the first WMIK variant of Land Rover's popular Land Rover 110 series. The WMIK (Weapons Mount Installation Kit) was based on the military version of the 110, the Truck Utility Medium (TUM). The WMIK featured a strengthend chasis, a roll bar cage and a series of weapons mounts. 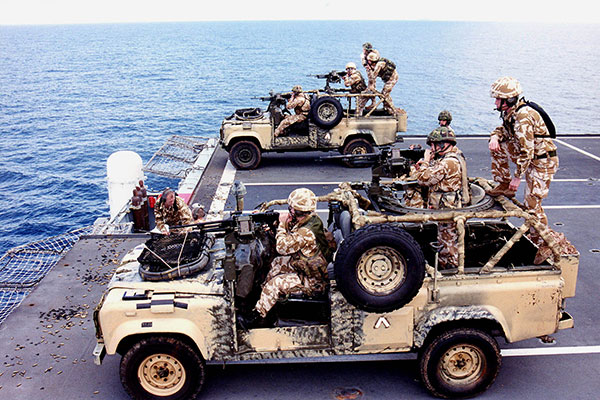 The WMIK was designed as a reconnaissance and fire support vehicle. Mounts for various weapons systems allow the WMIK to be armed in a range of configurations. 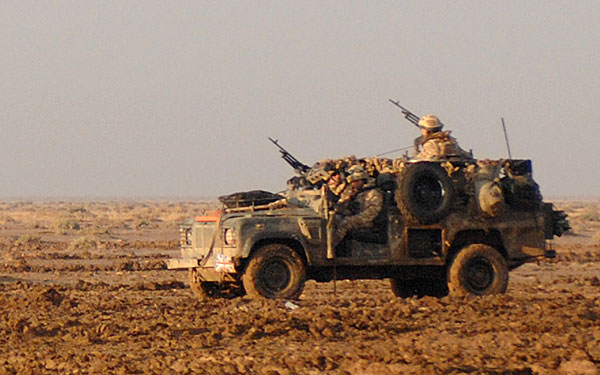 Land Rover WMIKs have been used by UK forces in a range of operations.

The Land Rover WMIKs were lightly armoured and several were shot up and disabled by small arms fire in operations in Afghanistan. They also provided little to no protection against IEDs. The ballistic protection on some WMIKs were augmented with the use of Kevlar flaps across the more vulnerable points.

Another problem with the WMIK was that it's narrow wheels could cause it struggle to transverse some of the off-road ground found in Afghanistan.

An enhanced WMIK, the EWMIK, was developed for deployment to Afghanistan and deployed in late 2006. The EWMIK featured additional under-belly armour in the form of a Modular Armour Protection Installation Kit (MAPIK). The vehicles were also fitted with an electronic counter measures (ECM) suite to protect against IEDs. The EWMIKs were configured with FFR (Fitted for Radio) fitments - an advanced BOWMAN setup featuring 2 HF radios and 1 VHF set. The EWMIK upped the gross vehicle weight (GVW) from 3.5 tonnes to 4.1

Further upgrades to the WMIK platform came in the form of the Revised Weapons Mount Installation Kit (RWMIK) vehicle. This model boasted more improvements to the vehicle's armour - this time built into the chasis rather than as a bolt-on addition, as was the case with the EWMIK. RMWIKs were configured with a standard BOWMAN radio fitment. The RWMIK began being deployed in 2009. 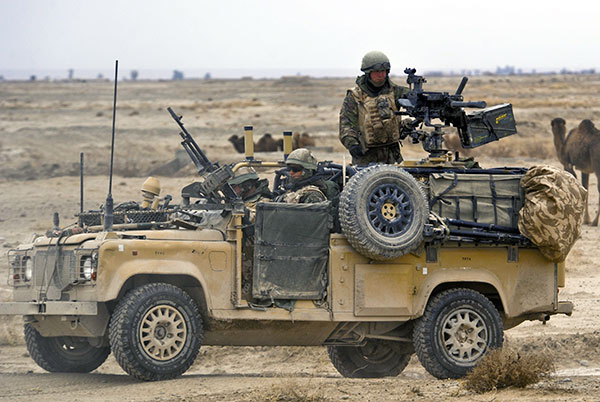 The RWMIK+ boasts a further enlargement to 4.7 tonnes GVW. It features seating for a 4-man crew, new rear axle, a 2.8-litre engine with automatic transmission, armoured doors and upper body panels and increased rollover protection (this includes fixing the vehicle commander's seat height and raising the rollbar height so the commander is always within rollbar protection in the case of a vehicle rollover). RWMIK+ vehicles were delivered by Ricardo to the MoD between June 2010 and July 2011. 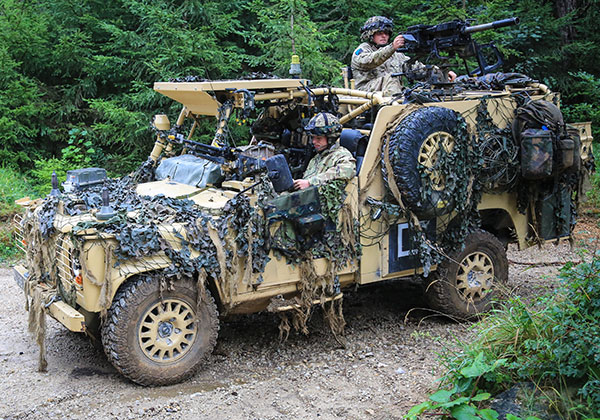 While the various upgrades were some improvement, British forces in Afghanistan gradually started employing better-protected vehicles in the recce, fire support and convoy protection roles. These vehicles, which were specifically designed to protect against mines and IEDs, included the MWMIK Jackal and Jackal 2.