This site uses cookies. By continuing to use this site you consent to our use of cookies. more info | ok
british special forces » weapons » combat shotgun
▼ share this page

The L128A1 Combat Shotgun is a semi-automatic 12-guage shotgun in use with British forces. Combat Shotguns are typically carried by the point element of a section and is particularly useful when engaged in close quarter battle such as clearing compounds in Afghanistan or operating in dense vegetation.

The Combat Shotgun is a Benelli M4 fitted with a Eotech 552 sight. It features a rail for mounting accessories such as foregrips. The weapon also features a 3-position extendable buttstock, which many users find either too long when extended or too short when retracted, or both. The L128A1 comes with a 7+1 magazine. 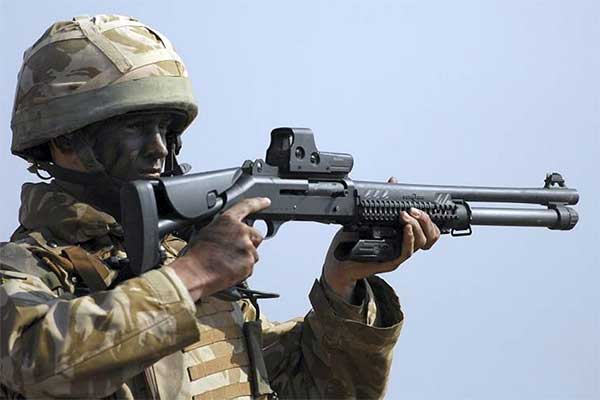