This site uses cookies. By continuing to use this site you consent to our use of cookies. more info | ok
british special forces » famous ex-special forces » Ranulph Fiennes
▼ share this page 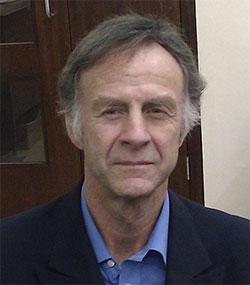 Fiennes began his military career in 1963 by following in his father's footsteps and joining the The Royal Scots Greys as an Officer. 2 years later he passed SAS selection, joining as a demolitions expert. He was, at that time, the youngest captain in the British Army. Fiennes was to only serve for a short period of time in the SAS, however. Before he was able to complete his training, he and a friend were caught in the act of attempting to blow up a dam that had built at Castle Combe in Dorset, for the film Doctor Dolittle. Fiennes was given a hefty fine and promptly kicked out of the SAS.

After leaving the British Army, Fiennes joined the Army of the Sultan Of Oman and was involved with counter-insurgency operations in that country.

Since the late 60s, Fiennes was an avid adventurer and has carried out numerous expeditions and feats of endurance:

Ranulph Fiennes is a also a prolific author, having penned 14 fiction and non-fiction books. One of his novels, The Feather Men

, features a secretive group of ex-special forces men who protect former SAS soldiers and their families.