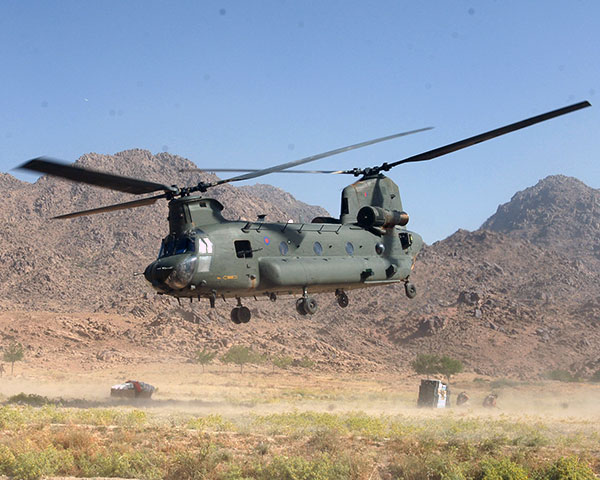 <<<20 of 56>>>^ gallery
RAF Chinook helicopter operating in Afghanistan, 2006. Due to their range, capacity and ceiling, Chinooks have become the workhorse for British forces in Afghanistan, carrying roles as diverse as resupply ops, casualty evacuation and insertions/extraction of special forces such as the Special Boat Service. This Chinook has a M60 belt-fed 7.62mm machine gun fitted to the port-side window. The Chinook is the only place where the American-built M60 is used by British forces.
U.S. Army photo by Sgt. Andre' Reynolds
« back to military helicopters gallery
advertisements
PASS SELECTION