This site uses cookies. By continuing to use this site you consent to our use of cookies. more info | ok
british special forces » royal marines » 3 commando brigade » 29 Commando regiment royal artillery
▼ share this page 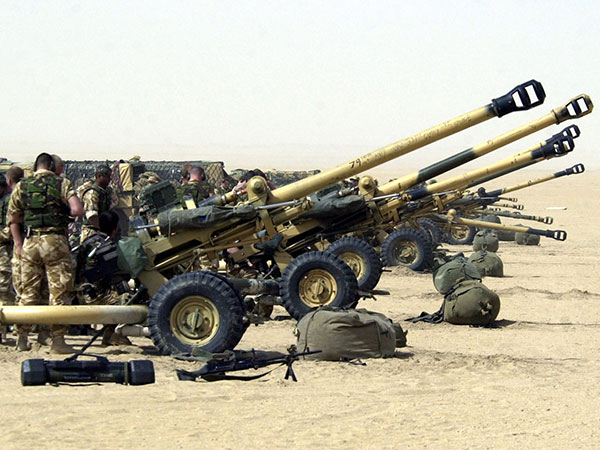 Gunners from 29 Commando pictured testing their 105mm artillery in Kuwait during the run up to Operation Telic, Iraq.
Image by LA(PHOT)HUSBANDS | © UK MOD / Crown Copyright 2003
Used under Open Government Licence

29 Commando RA is made up of the following Commando batteries:

23 (Gibraltar 1779 - 1783) Commando Headquarters Battery Royal Artillery
23 Battery, also based at the Royal Citadel Plymouth, provides command and control for 29 Commando. They provide signals and admin support and deploy alongside the other batteries when on operations. A radar troop from 23 is used to detect enemy artillery fire, plotting the incoming arc of fire and pinpointing the firing position. This techniques has been used to direct counter-fire against enemy mortar positions in Iraq and Afghanistan.

Volunteers for the Regiment first undergo a series of fitness tests before being assigned to specific Batteries for a pre-commando training schedule. They then progess onto Commando training where they attempt the All Arms Commando Course. Those who successfully complete Commando training are eligible to wear the Green Beret and Commando Dagger insignia. Further specialized training is then undertaken. 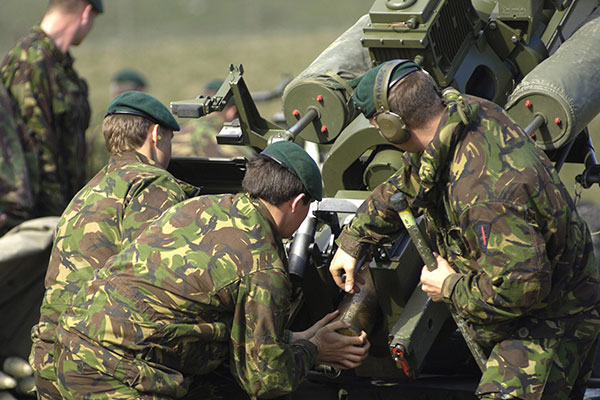 Commandos with 7 (Sphinx) Commando Battery Royal Artillery prepare to fire a 105mm howitzer. 29 CDO RA use the L118 Light Gun, which can fire 6-8 rounds per minute to a range of 17km. Crucially, for Commando operations, the gun can be transported slung beneath helicopters and towed by vehicles.
Image by Andrew Linnett | © UK MOD / Crown Copyright 2012
Used under Open Government Licence