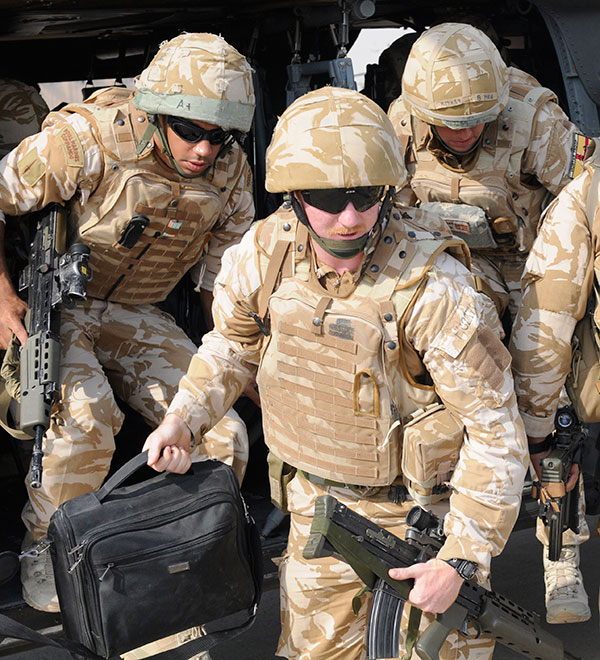 <<<39 of 89>>>^ gallery
Royal Marines, Royal Navy sailors and British Army personnel exit a US UH-60 helicopter at Umm Qasr Naval Base in Southern Iraq, November 2009. Since the invasion in 2003, UK Royal Marines and Sailors have carried out a number of training/mentoring programs to prepare the fledgling Iraqi Navy for securing the waterways and oil infratructure in the south.
US Dod photo
« back to Royal Marines gallery
advertisements
PASS ROYAL MARINES SELECTION