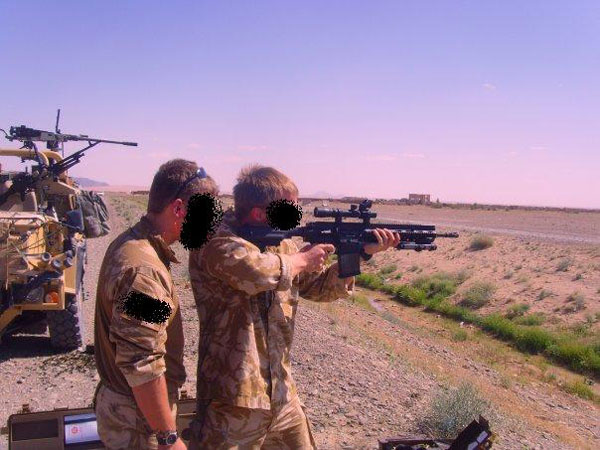 <<<7 of 13>>>^ gallery
Photo showing SFSG soldiers, one armed with a HK417 sniper rifle standing by a Jackal MWMIK patrol vehicle. The HK417 is 7.62mm x51mm semi-automatic battle rifle which is typically employed as a medium sniper rifle. It is believed that, apart from UKSF, the Royal Marines are currently trialing the HK417 for use within 3 Commando Brigade. (*update - instead of the HK417, 3 Commando Brigade, along with other units, has adopted the L129a1 Sharp Shooter rifle in the medium sniper role.)