This site uses cookies. By continuing to use this site you consent to our use of cookies. more info | ok
british special forces » rumours » flight 149
▼ share this page

August 2nd, 1990 : As Iraqi forces rolled into Kuwait, British Airways Flight 149 (BA149) , en route from Heathrow and bound for Kuala Lumpur, Malaysia, landed at Kuwait City airport for a scheduled refueling stop. This was unusual as the crew and airline were aware of the danger posed by the invading forces but, unlike other flights, had not chosen to divert to an alternate airfield in another country.

The result of the risky refueling stop was that Iraqi forces captured the airport whilst the plane was still on the ground and the crew and passengers became part of Saddam Hussein's 'human shield', effectively becoming hostages to prevent an allied military response to his invasion of Kuwait. They were eventually released after a prolonged ordeal in the hands of their captors.

This was to be the fate of all but about 12 of flight 149's passengers. The flight had been delayed at Heathrow, ostensibly for technical reasons. Some believe this was done to allow an SAS/MI6 team to board the plane. Passengers reported seeing a group of around 12 military-looking men board the plane during the delay at Heathrow only to disembark as soon as possible after it landed at Kuwait International. British Airways and The UK government have long denied that this occurred or that the flight had been carrying special forces type personnel in a so-called 'Trojan horse' operation.

There is evidence, however, that lends some credence to the conspiracy theories surrounding flight 149. Writers such as Stephen Davis cite intelligence sources that confirm that an MI6 operation had used BA149 to insert a team of intelligence officers and UKSF soldiers into Kuwait. This team's mission was most likely to gather intelligence on the Iraqi forces within the city and to link up with any Kuwaiti resistance fighters. This notion is supported by claims from the Kuwaiti resistance that 'western commandos' were in the capital city on the first day of the invasion.

Was this an Increment operation? The Increment is long-rumoured cadre of M16/UKSF personnel who carry out deniable operations. In some circumstances, an Increment cell may be made up of ex-UKSF soldiers, an arrangement which would allow the British government to truthfully state that no British military forces were involved.

It seems likely that BA149's dangerous stop at Kuwait City was a calculated risk by the British authorities, who believed the opportunity to have special forces in the heart of Saddam's invasion was worth endangering the lives of the flight's crew and passengers, many of whom were British citizens. No doubt the planners hoped that BA149 would be able to refuel and escape, although this proved to be a miscalculation on their part. As with much of the secrecy surrounding MI6/ UKSF, the continued cover up probably has more to do with political embarrassment over mistakes made than it does with national security. 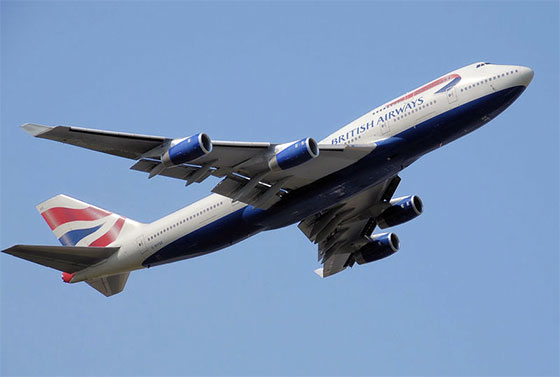 BA149 was a 747 jumbo jet like the one pictured above. It was eventually blown up by Iraqi troops, along with other air liners at the airport was they retreated from allied forces. British Airways have long been rumoured to have been involved with UK intelligence and special forces operations. The SAS is believed to have practiced using BA cargo flights to deliver HALO/HAHO parachutists covertly. Before the fall of the Shah of Iran in the late 70s, a BA flight was also reportedly diverted to Tehran to recover endangered British agents.