This site uses cookies. By continuing to use this site you consent to our use of cookies. more info | ok
british special forces » news » task force 42
▼ share this page

The recent leaks by wikileaks of classified war logs from Afghanistan have revealed details of United Kingdom Special Forces (UKSF) operations in Afghanistan.

It has long been known (revealed by Prime Minister Gordon Brown no less) that the number of British Special Forces deployed to Afghanistan numbers close to 500. Historically, the core element of the UKSF presence was the Special Boat Service (SBS), augmented by a detachment from the Special Reconnaissance Regiment (SRR), troops from the Special Forces Support Group (SFSG), reservists from21 and 23 SAS, supported by assorted communications, intelligence and aviation assets. With the UK's withdrawal from Iraq in 2009, it was reported that the number of UKSF in Afghanistan was further enhanced with the addition of 2 Squadrons from 22 SAS.

A number of the UKSF deployed to Afghanistan were reportedly assigned to a secretive formation known was Task Force 42 (TF 42). TF 42 is believed to have been closely linked with their US counterparts, TF 121 and TF 373. These task forces are believed to have carried out a series of so-called 'capture/kill' operations, working from a 'Joint Prioritized Effects List' (JPEL) - a secret 'hit list' of selected insurgent personnel. It is believed that United States Special Operations Forces focused on top level targets on the JPEL while UKSF were assigned the mid-level targets.

A number incidents in which the SBS have successfully targeted specific Taliban figures have been made public:

Read about more such SBS missions

Other TF 42 missions include:

The release of the Afghanistan war logs has caused controversy due in part to the number of civilian deaths resulting from US Special Operations Task Force missions. It should be noted that there is no evidence of any civilian deaths related to UKSF TF 42 JPEL operations. 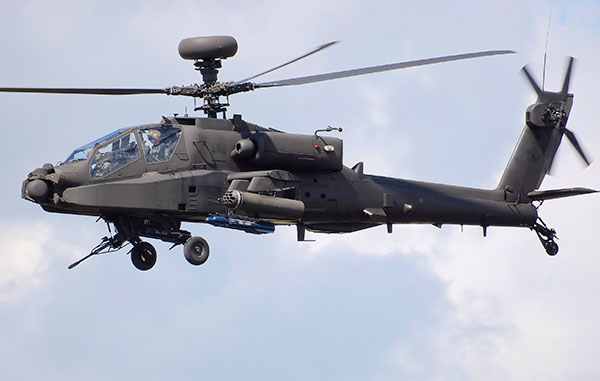 Task Force 42 have worked closely with Army Air Corps WAH-64D Apache Longbows. These fearsome helicopter gunships can deliver intimate fire support to troops on the ground, including pin-point accurate delivery of AGM-114 Hellfire missiles. When targeting an individual, TF 42 may prefer to call in an Apache since the Hellfire's blast radius is much smaller than the 500lb or 1000lb bombs carried by fixed wing aircraft and so poses a smaller risk of civilian casualties.
photo by wikimedia arpingstone | public domain | used with thanks