This site uses cookies. By continuing to use this site you consent to our use of cookies. more info | ok
british special forces » news » army to drop several weapon systems
▼ share this page

A number of infantry weapon systems are to be removed from British Army Service. The Light Machine Gun (LMG), Light Support Weapon (LSW) and the M6-640 60mm mortar will all be phased out by April of next year. The news was reported in the August edition of the Army's Soldier magazine.[1]

A variant of the FN Minimi, the L110A2 / L110A3 Light Machine Gun (LMG) is a belt-fed 5.56x45mm weapon. It is typically employed in a suppressive fire role and carried by one man in a 4-man fire team. British Special Forces have used variants of the FN Minimi for decades. The LMG was brought into regular Army service via an urgent operational requirement in 2003. According to the Army, experience with the system has shown that, compare with the much lighter SA80, it does not offer a significant advantage, in terms of firepower and overall effectiveness. Given the option of employing a belt-fed weapon, users would typically prefer the 7.62x51mm General Purpose Machine Gun (GPMG), with its greater range and higher calibre. 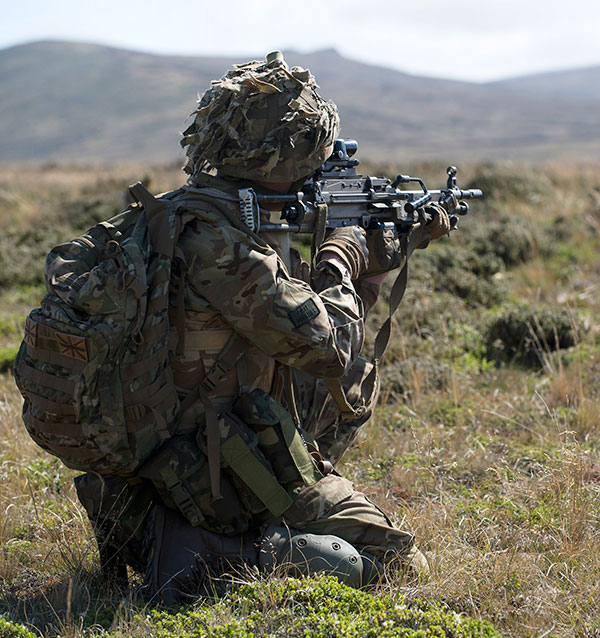 A soldier of First Fusiliers takes aim with a Light Machine Gun. British Special Forces use a 7.62x51mm version of the weapon, known as the Maximi. It is smaller and lighter than the GPMG and could, in theory, be taken up by the regular infantry. It is not publicly known, however, if the Army is considering adopting the Maxim.
Image by Cpl Si Longworth RLC (Phot) © UK MOD / Crown Copyright 2015 | used under open government licence

It should be noted that the United States Marine Corps (USMC) came to a similar decision with regards to the minimi (M249 SAW in U.S. service). They have elected to replace the SAW with the M27 IAR, a variant of the Heckler & Koch 416. The USMC now favours slower but more accurate suppressive fire at the fire team level.

The L86A2 Light Support Weapon (LSW) was first introduced into service in the early 1990s. It shares many parts with the SA80 (L85A1/A2). Differences include a longer, heavier barrel and a fold-down bipod, features which enabled its suppressive fire role. The bipod and barrel also gave it a longer range and increased accuracy over the SA80, meaning it could also employed as a sharpshooter's weapon.

As the SA80 has improved and other systems deployed, the utility of the LSW has come into question. The SA80A2 and A3 now come with a fore grip/bipod that provides a more stable platform for suppressive and accurate fire. The LMG was a far better in the suppressive fire support role than the LSW and the 7.62x51mm L129A1 rifle has proved itself more capable in the sharp shooter role. The LSW will be phased out of service this summer. 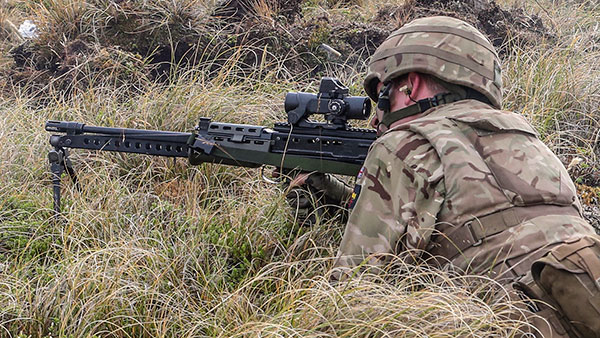 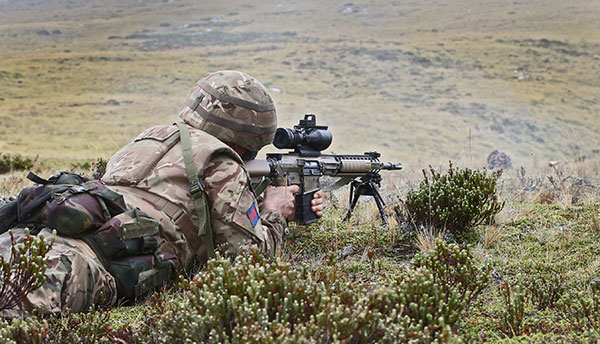 Another soldier of The Household Division, this time armed with a L129A1 Sharpshooter. The Sharpshooter will fill the gap left when the LSW comes out of service..
Image by Sgt Peter George © UK MOD / Crown Copyright 2017 | used under open government licence

The M6-640 60mm mortar is also for the chop. The system was brought in as an urgent operational requirement for Afghanistan in 2007, but its weight and relative inaccuracy has meant it has seen little use across the army. The M6 mortar has a 640mm length tube and can be converted between a hand-held device or one firing from a baseplate. It was brought in to replace the 50mm hand-held mortar. The army is still considering options for a replacement. 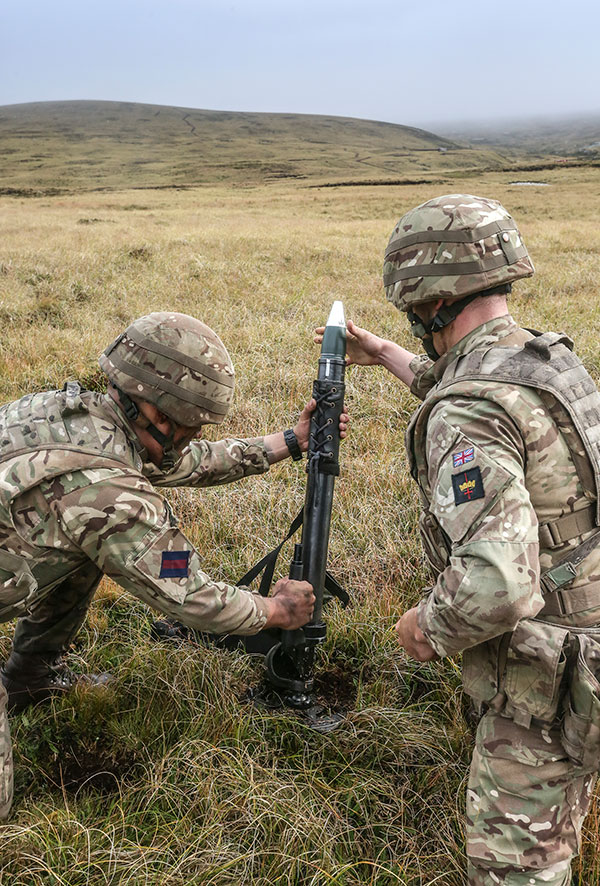