This site uses cookies. By continuing to use this site you consent to our use of cookies. more info | ok
british special forces » news » hms sutherland - royal marines boarding ops
▼ share this page

Royal Marines Commandos from HMS Sutherland have begun boarding operations in waters off the coast of Libya. On Monday this week, a team of sailors and Royal Marines from the Royal Navy frigate boarded and searched a suspicious vessel. They were looking for illegal arms but none were found and the vessel was allowed to continue on its way. HMS Sutherland is deployed as part of NATO efforts to enforce an arms embargo imposed on Gaddafi's regime. 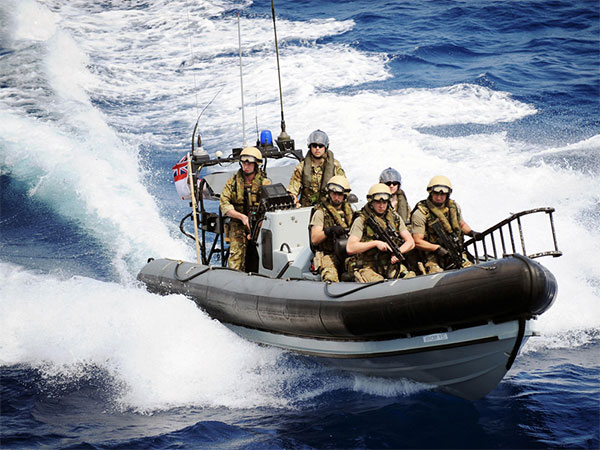 Royal Marines and sailors from HMS Sutherland in action on waters off Libya. Note the SA80A2K carbines carried by the boarding team. These variants of the SA80 assault rifles are better suited for operations aboard the confines of a ship due to their shorter length.
Picture: Crown Copyright/MOD 2011