This site uses cookies. By continuing to use this site you consent to our use of cookies. more info | ok
british special forces » weapons » glock 17
▼ share this page

In early 2013, British armed forces received a new standard sidearm. The Glock 17 was brought into service, replacing the venerable Browning L9A1 after over 40 years in the Mod inventory.

The Glock is a short-recoil locked breech semi-automatic pistol that fires via a striker-fired mechanism. Its frame, magazine body and other components are made from high-strength nylon-based polymer. Versions of the Glock have been around since the early 1980s. The 4th generation version features a dual recoil spring assembly which reduces felt recoil, enlarged, reversible magazine release catch and a slightly smaller grip.

The Glock 17 Gen 4 is a modern weapon featuring several design elements that make it a marked improvement over the Browning it replaces:

The MOD signed a £9m contract with the Viking Arms to provide the armed forces with more than 25,000 Glock 17 pistols and holsters. The Glock 17 was delivered first to troops serving in Afghanistan in January 2013 before being rolled out throughout all arms of the services. The pistol is carried as a secondary / backup weapon by frontline troops. In British service it is designated as the L131A1 General Service Pistol. 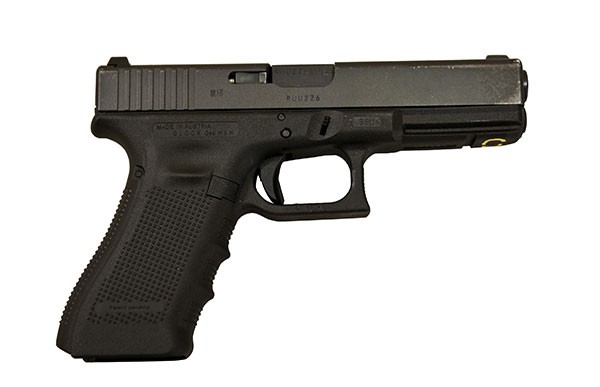 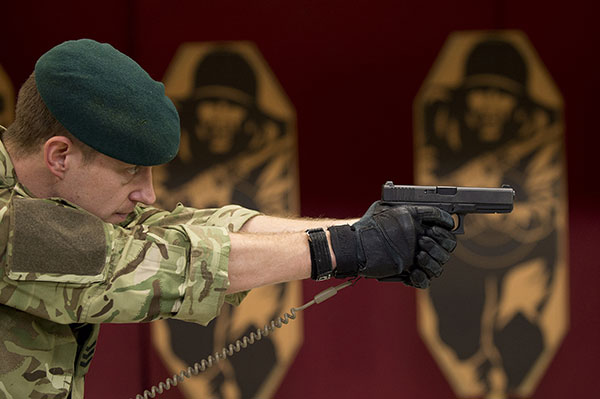 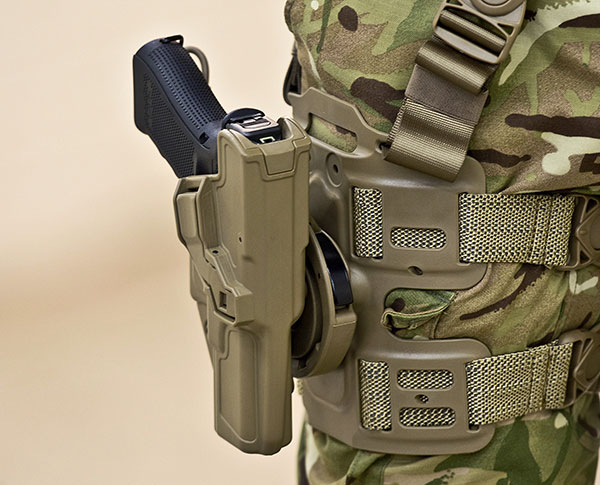 The Glock 17 is also a common sidearm carried by UK police firearms units. British Special Forces units, i.e. the SAS, SBS, SRR, and supporting units such the SFSG use the Glock 17. They also use a more compact member of the Glock line, the Glock 19. (see below)

The Glock 19 has a slightly shorter barrel and pistol grip than the fullsize Glock 17, making it easier to carry in a concealed manner. The pistol is small enough to be covertly carried in an inner waistband holster, making it suitable for Special Forces operatives working in plain clothes.

Like its fullsize counterpart, the Glock 19 is chambered in 9x19mm Parabellum but, due to its shorter grip, its standard magazine only carries 15 rounds (the fullsize Glock carries 17). The 19, however, can accept Glock 17 magazines, including the 30 round ones from a Glock 18 automatic pistol. 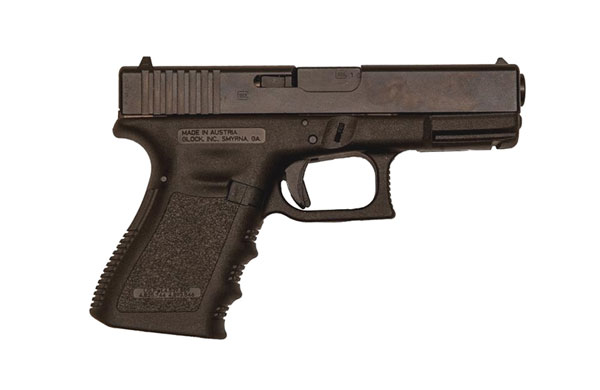