This site uses cookies. By continuing to use this site you consent to our use of cookies. more info | ok
british special forces » special air service » sas weapons » handguns » browning high power
▼ share this page

In service in the Regiment for over 40 years, the Browning HP is a reliable and accurate 9mm handgun. Its UK military designation is L9A1.

The Browning has a magazine capacity of 13 rounds. It is a single action pistol which means it must be cocked (hammer pulled back) before firing the first round. For this reason, the SAS would carry the Browning cocked, with the safety catch on, to allow for for a quicker draw and fire.

The Browning pistol was the standard sidearm of the SAS from World War 2 until recent years. Whilst still in limited use, the HP has largely been replaced by the Sig Sauer P226.

The L9A1 was the standard British military sidearm until 2013 when it was replaced by the Glock 17 L131A1. As such, it was in widespread use by units featured on this site: 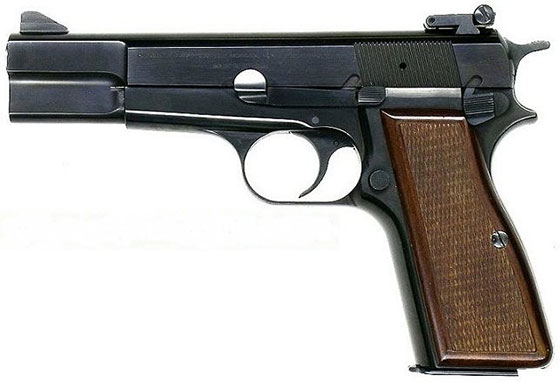