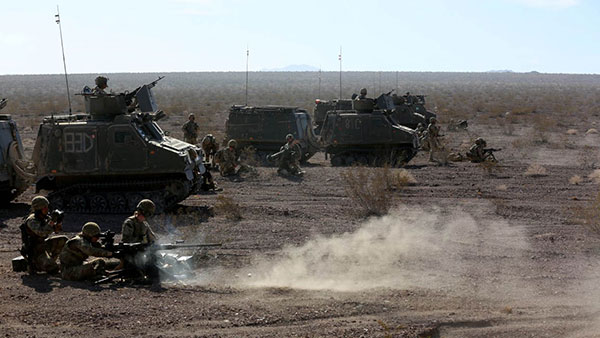 Royal Marines with 42 Commando are supported by Viking APCs during a simulated attack during Exercise Black Alligator 2015, California.

42 Commando is currently (October 2015) in its force generation cycle. The training in the US is preparing 42 Commando to take on the role of high-readiness Lead Commando Group (LGC) in the spring of 2016. In that role, they will become the core fighting element of the Response Force Task Group (RFTG) and will be on alert to deploy on contingency operations on a worldwide basis.