This site uses cookies. By continuing to use this site you consent to our use of cookies. more info | ok
british special forces » rumours » were the SBs prevented from nabbing osama bin laden?
▼ share this page

Were the SBS stopped from nabbing Bin Laden?

A rumour has been floating around for a number of years now that a Special Boat Service (SBS) unit had eyes on Osama Bin Laden in Afghanistan but were prevented from capturing or killing him by the Americans, who wanted first dibs.

The story goes that, in December 2001, during operations around the cave complex at Tora Bora, an SBS observation post (op) spotted a convoy of non-Afghanis heading for the safety of Parachinar, across the Afghani-Pakistan border. The configuration of the convoy led the SBS team to strongly suspect that it contained either Osama Bin Laden or Mular Omar, the Taliban leader.

According to the rumour, the SBS radioed in a report on the convoy and were in a position to take it on and, possibly, capture or kill Osama. Word came back to the SBS that they must wait until U.S. Special Operations Forces, most likely crack Delta Force troopers, could reach the area and claim the prize for themselves. As the British team waited for the cavalry to arrive, Bin Laden's convoy left the area unmolested.

How true this tale really is may never be known. It can be established, however, that the SBS, alongside US Special Operations Forces and friendly Afghan forces, were involved in an attempt to flush Al Qaeda, and Bin Laden himself, from the caves of Tora Bora. Some sources certainly suggest that Bin Laden was in the area at that time and made good his escape. Whether it was under the frustrated overwatch of an SBS unit is harder to say. 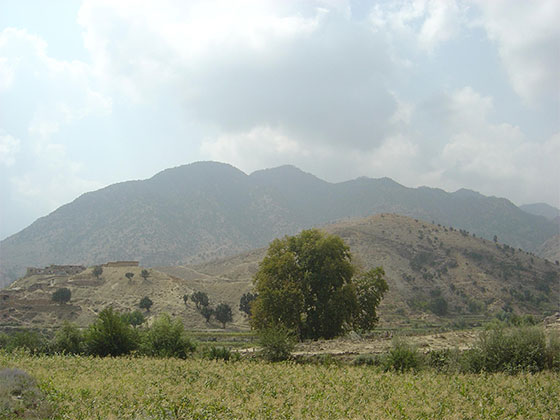