This site uses cookies. By continuing to use this site you consent to our use of cookies. more info | ok
british special forces » royal marines » 42 Commando
▼ share this page 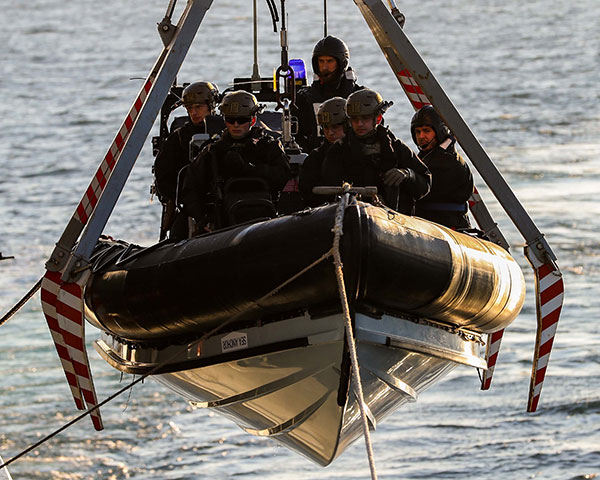 A boarding team from Juliet Company 42 Commando is lowered into the sea from HMS Duncan.
NATO photo by Royal Navy LPhot Paul Hall

42 Commando was previously a unit of similar structure and role to 40 Commando and 45 Commando. In April 2017 it was announced that 42 Commando would be reorganised to specialise in maritime operations. [1] Under Project Sykes, the unit was radically restructured, including the intake of 120 personnel from S Squadron 43 Commando. 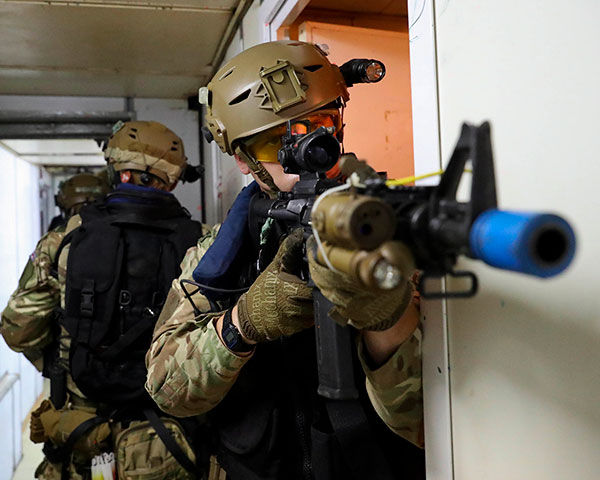 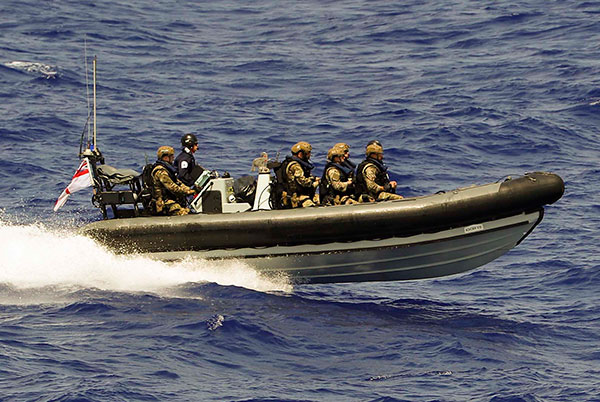 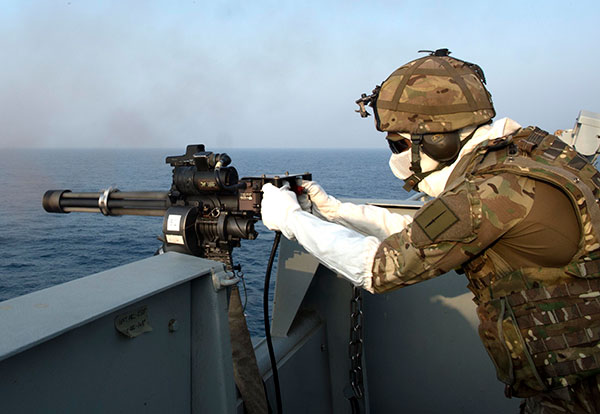 Teams from Lima Company specialise in Joint Personnel Recovery (JPR). Elements from L Coy will be stationed on Royal Navy carriers to help rescue downed pilots or other personnel (see video below of L Coy training for such operations). L Coy is currently providng force protection aboard the carrier, HMS Queen Elizabeth. Helicopter support for JPR operations will be provided by Merlin Mk4s flown by the Commando Helicopter Force (CHF).

42 Commando is also rumoured to have a counter terrorism (CT) role although the specifics of this are not publicly known. In a leaked memo referenced in a press report, Major General Robert Magowan, Commandant General Royal Marines, said, "[the MOC] will also provide our core contribution to UK domestic operations in response to a terrorist event." [2] The same report stated that liaison officers from the SAS and SBS will be attached to the unit.

Initial press reports indicated that elements of 42 Commando would carry out small scale operations such as raids and intelligence gathering.[2] 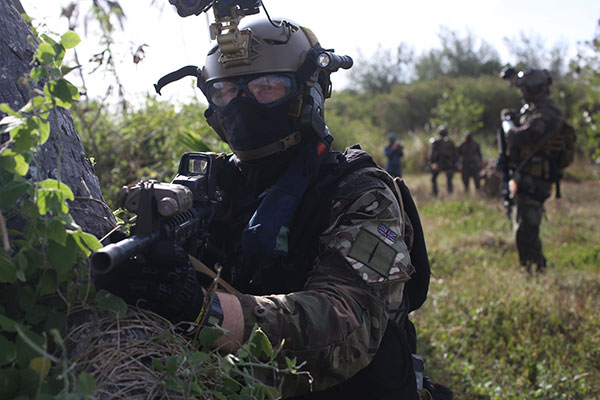 A Royal Marine with 42 Commando pictured while on a training mission in the United States.
U.S. Marine Corps photo by Sgt. Carl King 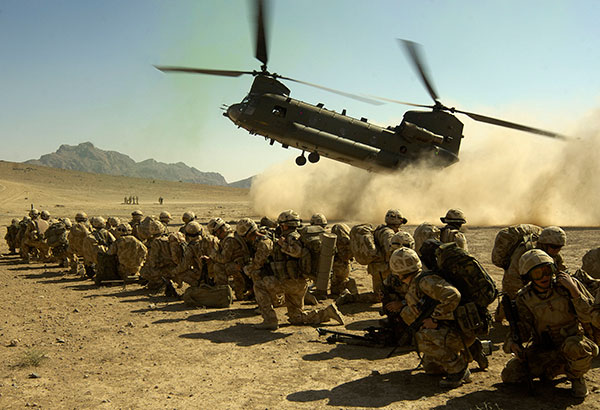 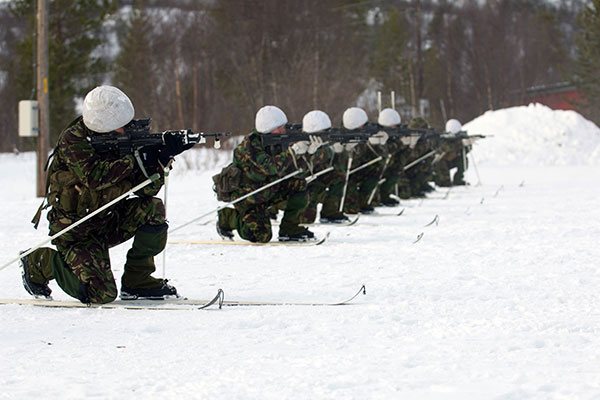