This site uses cookies. By continuing to use this site you consent to our use of cookies. more info | ok
british special forces » special air service » Counter-Terrorism
▼ share this page

One 22 SAS Squadron is always on standby to respond to a terrorist incident in the UK. Considered by many to be the world's premiere anti-terrorist special operations unit, the SAS anti-terrorism team is trained by 22 SAS Counter Revolutionary Warfare (CRW) Wing.

The SAS train to carry out anti-terrorist operations against all types of target imaginable. The SP team has to be able to rescue hostages from planes, trains, coaches and buses (so-called 'tubular assaults'),buildings (from Nuclear Power Stations to bungalows) and docked ships (it's believed the SBS would handle ships at sea, although the SAS may well join in).

The SAS ant-terrorist teams are constantly training to maintain skill and readiness levels. A special training house, outfitted with movable rubber walls, is used to facilitate training with live ammunition.

The vital command and control element is usually set up close to the cordon around a terrorist held area (the stronghold). The command center typically includes computers with blueprints of the stronghold and secure communications to all members of the SAS sniper and assault teams as well as links to COBRA (Cabinet Office Briefing Room A), the UK's crisis management command. All intel gathered on-site will be sifted and evaluated and any decision to hand over control of the operation from the police to the SAS will be routed, via COBRA, to the command centre. 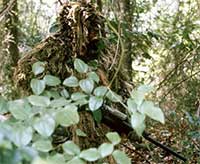 When positioned in rural environments, the snipers will wear camouflaged 'Ghillie suits'.

In most circumstances snipers will be the first SAS element to deploy around the terrorist stronghold. Working in pairs, the sniper teams usually cover all sides of the target building.

Snipers are not only crack shots but are also highly skilled observers and feed a steady stream of intelligence back to the on-site commanders. Snipers keep an eye on the location of both terrorists (X-rays) and hostages (Yankees), monitoring their patterns of movement, sleep and morale.

In the event of an assault going in, snipers will shoot any X-Ray that they have a clear shot at. Many snipers are also cross-trained as assaulters and can be called on if reserves are required. Some hostage situations can be solved entirely with a coordinated sniper assault.

At the sharp end of any CT operation are the assaulters. These men are trained to go in and rescue any hostages and take out any terrorist threat, usually at close quarters. Assaults can be 'silent', in which the SAS assaulters creep up on the stronghold carrying suppressed weapons and hoping to catch the X-rays unawares. The other more usual approach is to 'go noisy' - the assaulters blow their way into the stronghold using explosives and stun grenades, hoping to overwhelm the x-rays with so much sound and fury that no effective resistance can be put up.

The SAS use a wide range of weapons and equipment, many of which they have developed themselves to meet their specific requirements.