This site uses cookies. By continuing to use this site you consent to our use of cookies. more info | ok
british special forces » weapons » lasm rocket launcher
▼ share this page

The L72A9 Light Anti-Structures Missile (LASM) is a 66mm unguided rocket launcher recently deployed with by regualr and elite UK forces such as The Paras and Royal Marines in Afghanistan.

The LASM is an extendable, disposable, on-shot system designed to be discarded after launch. The LASM is very similar to the M72 LAW 66mm rocket launcher that has been used by UK Special Forces for many years. The main difference between the LASM and LAW is the LASM's larger warhead (1kg of enhanced explosives compared to a third of a kilo found in the LAW). While the LASM is effective against light armour and soft-skinned vehicles, its primary use in Afghanistan is against fixed positions, bunkers and other buildings. The LASM uses it's kenetic energy to penetrate the outer walls of a structure before the high explosive warhead detonates inside.

US M72 LAW (very similar to the LASM) extended and ready to fire - as with the LASM, the 2 sights flip up when the launcher is extended.
photo : US DoD

The LASM is smaller and lighter to carry than than the 84mm ILAW launcher that UK forces had been using in Afghanistan and was introduced as the result of an Urgent Operational Requirement order. A new system, the Anti-Structure Munition (ASM) is slated to replace the LASM sometime in the future. 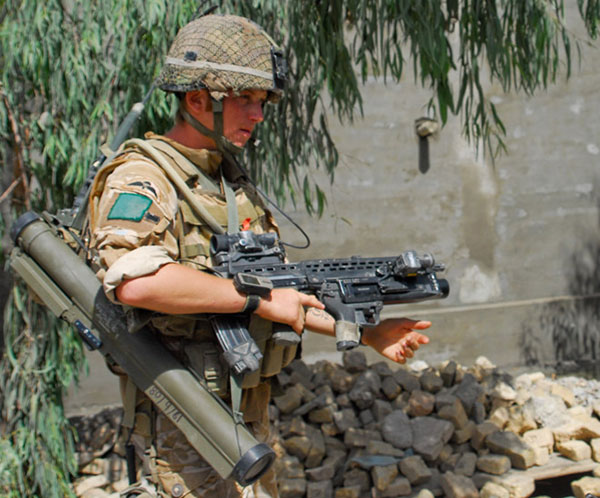 A 3 PARA soldier carried a LASM slung over his shoulder during an operation in Afghanistan, June 2008.
ISAF photo by British Army Sergeant Andy Cole (RELEASED) | used under CC BY 2.0 license 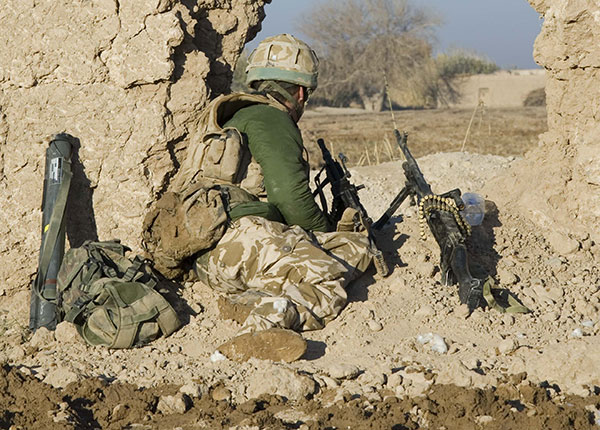 A Royal Marine looks out through a hole in a compund wall during Operation Sond Chara, Afghanistan, December 2008. An unextended LASM rocket launcher (left) can be seen resting against the wall.
Photo: ISAF