This site uses cookies. By continuing to use this site you consent to our use of cookies. more info | ok
british special forces » news » uksf to join helmand op
▼ share this page

The Telegraph reports that British special forces will join up to 3000 British troops in an upcoming push against Taliban forces in Afghanistan.

In an unusual move, the MoD and ISAF have made public plans for a large scale operation in Helmand Province. The operation, code named Operation Moshtarak (Together), aims to clear out the remaining Taliban forces from the Marjah and Nad-e-Ali areas of Helmand. Part of the reason for pre-announcing the operation is to give civilians an opportunity to get out of the war zone.

Aside from British Special Forces and troops from 11 Light Brigade, a large number of Afghan National Army (ANA) soldiers will also be taking part in the operation, as will US forces. It is hoped that, unlike some previous operations, the number of troops taking part in Op Moshtarak will be sufficient to take, hold and secure, in the long term, any ground taken from the Taliban.

UKSF forces thought to be active in Afghanistan include elements of the SBS, 22 SAS and the SRR along with associated support units such as the SFSG, 18(UKSF) Signals and assorted aviation assets. 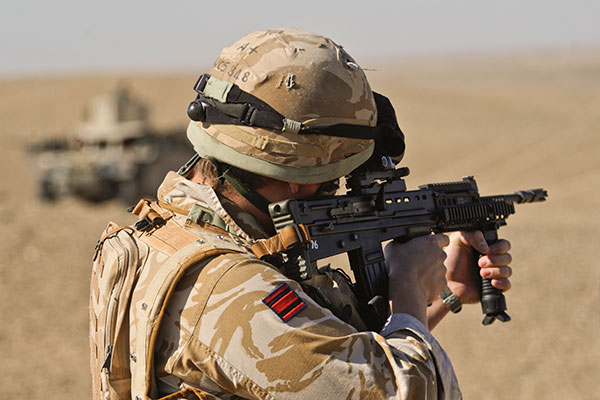 Further reading:
British and US poised to launch 'overwhelming' offensive in Afghanistan
(The Telegraph)