This site uses cookies. By continuing to use this site you consent to our use of cookies. more info | ok
british special forces » gear » vehicles » mwmik jackal
▼ share this page

The Mobility Weapon-Mounted Installation Kit (MWMIK), or 'Jackal', is an open armoured vehicle used by The Royal Marines and Parachute Regiment, as well as other UK forces.

The Jackal can be used as a reconnaissance / long range patrol vehicle as well as a fire support platform. It was first deployed during Operation Herrick, the Afghanistan campaign. It was of particular use to light recce units such as 3 Commando Brigade's Brigade Patrol Troop and 16 Air Assault's Pathfinder Platoon, largely replacing the lighter, less capable Land Rover WMIK. With thicker tires and better ground clearance, the Jackal offer greatly improved off-road handling. Side armour provides better protection from small arms fire than the WMIK. It is also claimed that the Supacat offers greater protection from IEDs. Whilst this may be true with regards to mines exploded underneath the vehicle, the Supacat MWMIK's occupants are still vulnerable to blast damage from roadside bombs.

The Jackal has a crew of 3. A typical loadout for a Jackal comprises of a GPMG, HMG .50 cal machine gun, or HK GMG 40mm grenade launcher as its main weapon, complemented by a GPMG mounted at the vehicle commander's station. 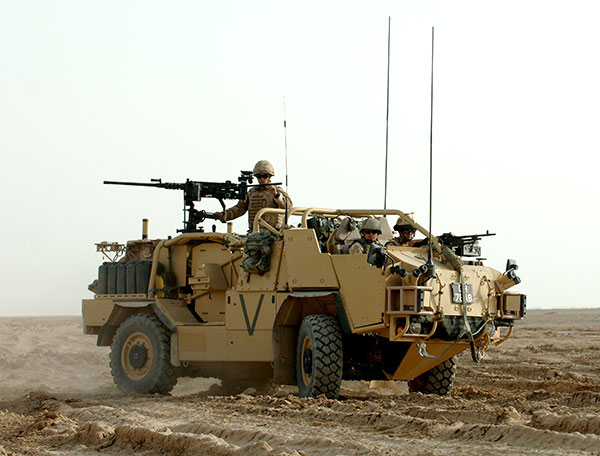 
UKSF units such as the SAS, SBS and SFSG use the Supacat HTM 400, an almost identical vehicle to the Jackal, configured for Special Forces operations.

In 2009, the MoD announced that an upgraded MWMIK, the 'Jackal 2', was to be introduced into service. Changes included: 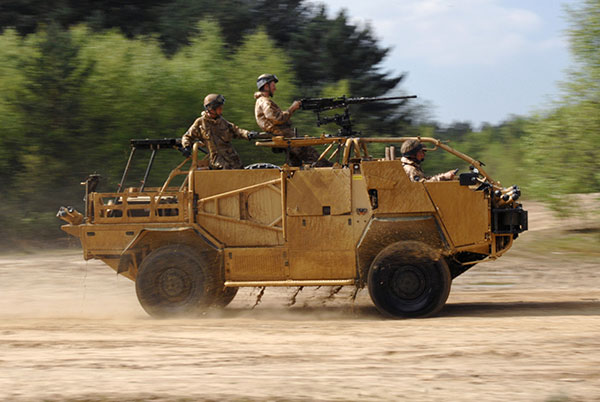 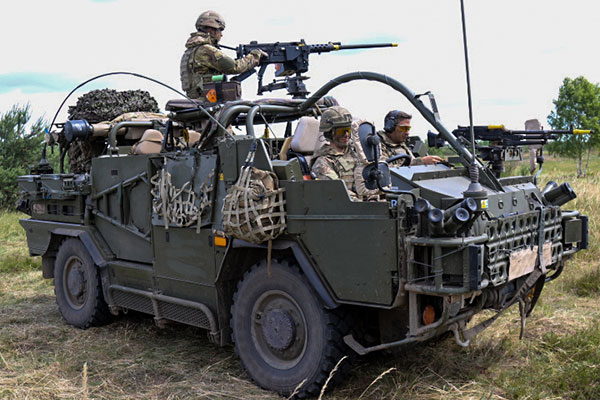 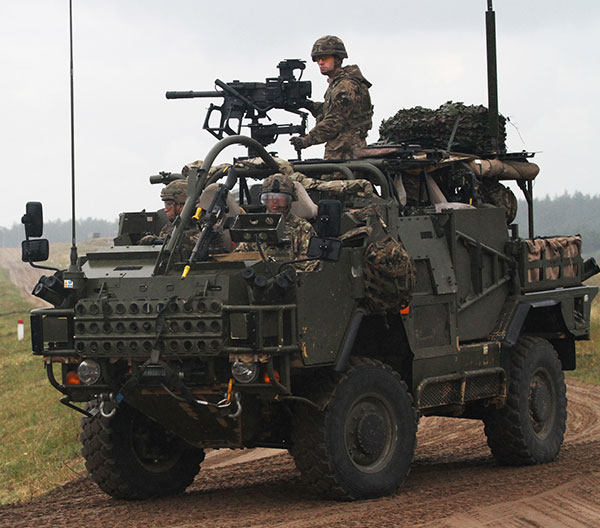 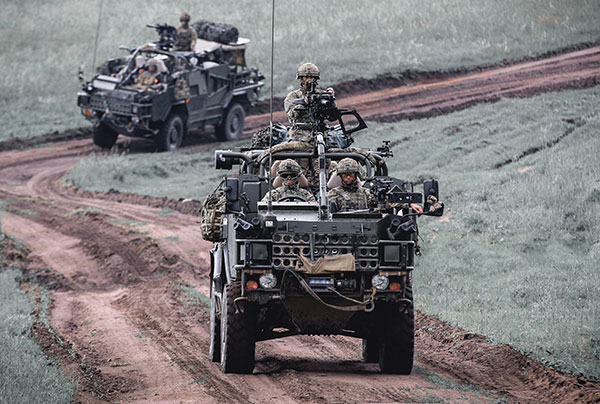 A recce element with the 1st The Queen's Dragoon Guards (QDG) travels in Jackal 2 MWMIKs during an exercise in Poland, June 2018. The QDG is a light cavalry regiment that specialises in reconnaissance.
U.S. Army photo by Spc. Hubert D. Delany III 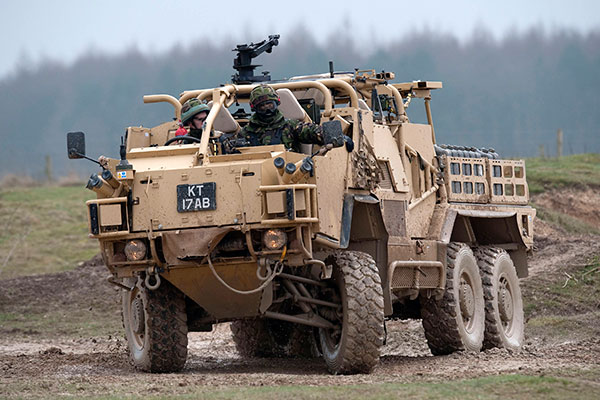 A Coyote tactical support vehicle (TSV) - a 6x6 vehicle that features increased cargo space and is designed to carry supplies and equipment in support of the Jackal 2. It is based on the HMT 600 6x6 chassis and is crewed by 4.
image by Andrew Linnett  | © UK MOD / Crown Copyright 2022
Used under Open Government Licence 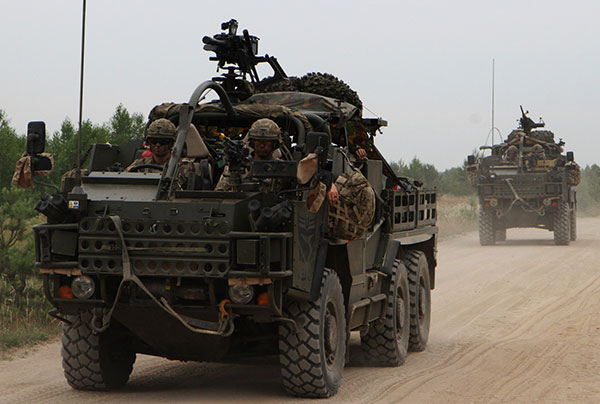