This site uses cookies. By continuing to use this site you consent to our use of cookies. more info | ok
british special forces » eod / bomb disposal
▼ share this page

EOD specialists may deploy with British troops on operations aboard or operate at home in the U.K. via Military Aid to Civilian Power (MACP) provisions. 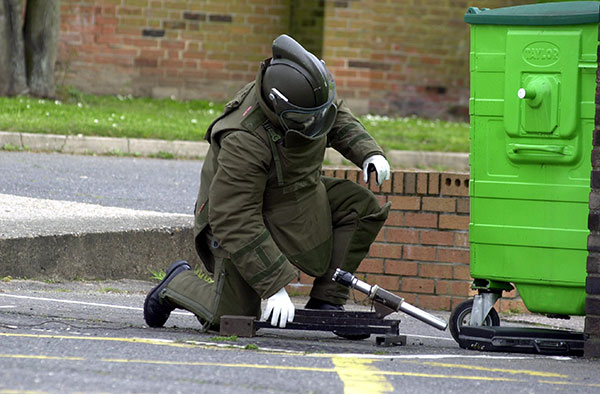