This site uses cookies. By continuing to use this site you consent to our use of cookies. more info | ok
british special forces » uksf aviation » 651 Squadron
▼ share this page

651 Squadron are an Army Air Corps (AAC) squadron that operate fixed wing aircraft in manned aerial surveillance missions, including in support of UKSF.

651 Sqn is part of 5 Regiment AAC and is based at Joint Helicopter Command Flying Station, Aldergrove, Northern Ireland (formerly RAF Aldergrove). The squadron previously flew helicopters, including Lynx and Apache, before it was disbanded in 2003.

In 2006, 651 Sqn was reformed and joined the Joint Special Forces Aviation Wing (JSFAW) in order to provide support to UKSF operations in Iraq, and later, Afghanistan. It would now appear, however, that 651 Sqn is no longer in the JSFAW. 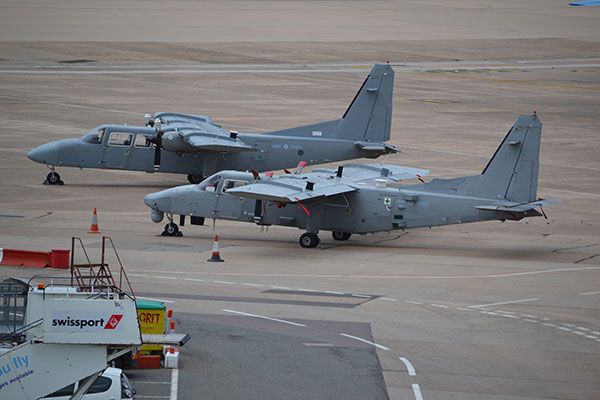 When in the JSFAW, 651 Sqn provided ISTAR (Intelligence, Surveillance, Target Acquisition, and Reconnaissance)  support to UKSF operations in both Iraq and Afghanistan. As reported in the press, based out of Basra and Al Amara, Iraq, 651 Sqn's Defenders monitored movements of insurgents along routes into the capital. It's likely that such operations involved close coordination with UKSF ground units. It's also likely that 651 Sqn supported SAS Task Force Black which operated throughout Iraq.

The squadron initially flew Defender AL1s in 2003. The aircraft were brought in as an urgent operation requirement (UOR) for use in Iraq. A number of AL1 aircraft were were upgraded to AL2 standard in 2008. More AL2 aircfaft have since been procured.

The Defender, known commerically as the Britten Norman BN-2T-4S Defender 4000, is a twin-engine, fixed wing turboprop aircraft that can be fitted with an array of sophisticated surveillance equipment such as:

When flying over hostile territory, the Defender may carry infrared jammers and other defensive systems in pods under the wings in order to defend against surface-to-air missiles. 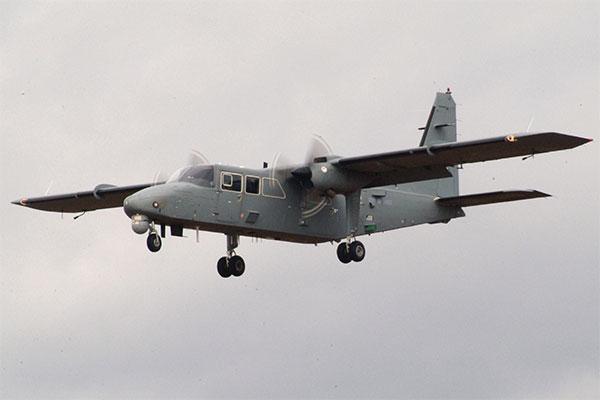 Defender AL2 - note the 360° sensor turret under the aircraft's nose. This can hold infrared, electro-optical and full colour video cameras. Imagery, including full motion video from the Defender's sensors can be relayed between troops and command elements, greatly enhancing their situational awareness. With its communications and sensors fitments, the Defender can be used as an airborne command post.
Image by Flickr user Jerry Gunner | used with thanks under Creative Commons Attribution 2.0 Generic

In service with the AAC since 1989, the Britten Norman BN-2T Islander is a twin-engined turboprop fixed wing manned surveillance platform. It replaced the prevously-used Beaver platform and was used extensively in Northern Ireland. They were flown by No. 1 Flight, AAC out of RAF Aldergrove. 1 Flight eventually merged with 651 Squadron, adding the Islanders to the squadron's inventory. 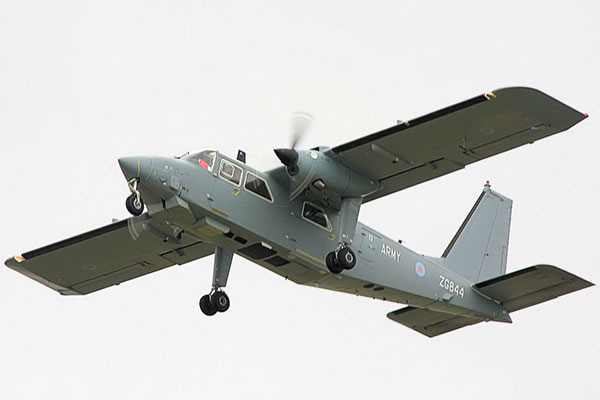 An Army Air Corps BN-2T Islander AL1. The Islander is kitted out with sophisticated surveillance and communications gear, although not to the Defender's standard. The aircraft was used for photo reconnaissance over Northern Ireland during Operation Banner, for the Reconnaissance, Intelligence and Geographic Centre (RIGC). The Islander features a Instrument Flying Procedural and Navigation fit.
Image by Airwolfhound | used with thanks under Creative Commons Attribution 2.0 Generic